Electric installations, furniture and the ceiling were gutted in the fire. 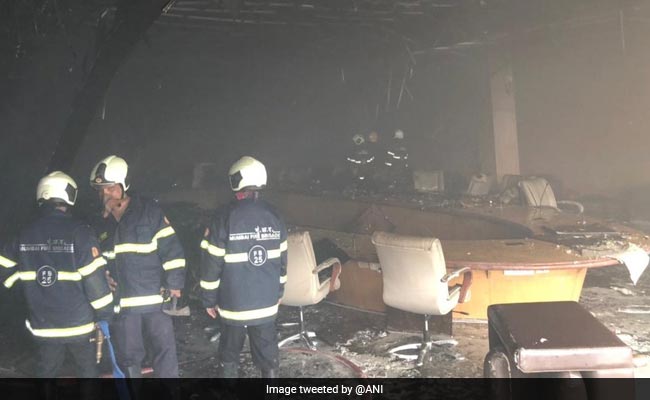 Mumbai: A fire broke out on Saturday at the ceremonial lounge of the domestic terminal of Mumbai Airport, officials said.

No casualty was reported in the blaze caused by a short circuit that was doused by 4.20 pm.

"The fire started at a ground floor conference hall and spread to the first floor of a lounge near the airport's gate number 9," an official said.

An official of the Brihanmumbai Municipal Corporation (BMC)'s Disaster Control Room said the blaze started in the afternoon and fire brigade personnel rushed to the site along with eight fire engines, six jetties and water jets.

Promoted
Listen to the latest songs, only on JioSaavn.com
Electric installations, furniture and the ceiling were gutted in the fire, he said.

"The fire did not hamper flight operations. Nobody was harmed in the incident," they added.

"Allow Women To Travel By Mumbai Locals": Maharashtra To Railways