Trump-Backed Drug, HCQ, to Be Tested on Thousands in Mumbai Slums

Coronavirus: Mumbai, which has seen more than a tenth of India's over 13,800 cases and a quarter of its deaths, has emerged as the biggest virus hotspot in the country and is racing against time to curb the contagion in several clusters. 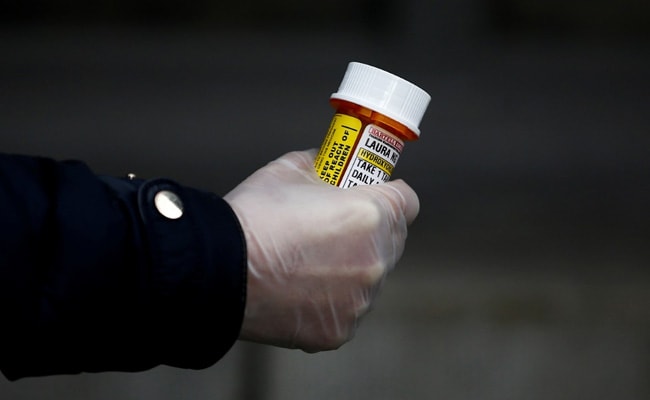 Hydroxychloroquine has been backed by Donald Trump in fight against COVID-19.

The country's financial capital Mumbai is fine-tuning a plan to administer an unproven but much touted anti-malarial drug in neighborhoods including Asia's most crowded slum, the first-of-its-kind mass experiment to ward off the coronavirus.

The city officials are identifying a target group which will receive hydroxychloroquine, according to Suresh Kakani, additional commissioner at Municipal Corporation of Greater Mumbai. Medical experts are being consulted on the duration of dosage, he said, adding that a decision was expected in a couple of days.

The move underscores the desperation and mounting pressure on health care officials for solutions against a novel pathogen which has infected over 2.1 million people globally and killed over 146,000. It also explains the frenzied excitement over a decades-old drug -- U.S. President Donald Trump called it a "game changer" in the fight against the virus --despite a patchy efficacy record in some small studies and a documented list of side effects.

"This is a one-time window available to us and may give answers for the pandemic the world is struggling with," Kakani said. "We are taking utmost care to understand the side effects before implementing this."

Mumbai, which has seen more than a tenth of India's over 13,800 cases and a quarter of its deaths, has emerged as the biggest virus hotspot in the country and is racing against time to curb the contagion in several clusters.

The densely-packed slums of Dharavi are one of the two locations -- Worli, the worst-hit Mumbai neighborhood is the other-- where the city officials plan to start a hydroxychloroquine or HCQ-dosing drive as a prophylaxis or a preemptive medication aimed at warding off the disease.

There's no conclusive scientific evidence that the drug works on virus patients, not to mention its use as a preventive therapy.

"For use of HCQ as prophylaxis in a hotspot, there is simply not enough evidence. No preventive studies published to say that this approach really protects people," said Leena Menghaney, a New Delhi-based activist with Doctors Without Borders (Medecins sans frontieres). "Potential risk may surpass the potential benefit of providing it widely for people without the disease."

'Too Many Uncertainties'
There have been reports of heart-rhythm problems in some people in France, especially if used in a larger dose or if it interacts with other drugs, according to Menghaney. "There are too many uncertainties to say if it will help or if it will be futile in the public health response" against the coronavirus outbreak, she said.

The anti-malarial drug didn't help patients clear the virus better than standard care and was much more likely to cause side effects, according to a study in China. There were more side effects in the group who took hydroxychloroquine, but they were mostly mild, the most common being diarrhea, the study found.

Aware of the deeply divided stance on this drug, Mumbai's city officials are being careful.

The original plan to dose 50,000 people between the ages of 18 years and 55 years, with no pre-existing liver and heart ailments, has now been scaled down as regular follow-up and surveillance of such a huge group would have been a challenge, said Kakani who is responsible for execution of this initiative.

The medicine will be given to only those people who are willing, he insists, after recording their personal and medical history, including any medication they may be on.

Spot Side Effects
As many as 4,500 health care workers in Mumbai can be roped in this initiative. Each health care worker will be alloted 25-30 houses to track during the tenure of the medication and will be well-trained to spot any side effects for three to seven weeks over which the drug may be administered.

Mr Kakani refutes that the two locations were chosen because they are slum settlements.

"In Dharavi and Worli we have created quarantine zone with high risk patients. We are anyway monitoring that group for 14 days, so we are able to observe these people and provide medical services," he said. "We are not going ahead just because this is a slum."

As the death toll mounts despite the country being in a lockdown for nearly a month, local governments have begun weighing the risks and rewards of some unprecedented policy measures.

"We can try newer things if it's permissible and advisable by relevant experts," Mr Kakani said. "Just because no one has tried it out yet does not mean we shouldn't also. We can't sit back and relax."