At Mumbai's Gateway, a Sombre Musical Tribute to 26/11 Heroes

Mumbai: Mumbai's magnificent Gateway of India stood witness to a musical tribute to the heroes of the November 26, 2008 attacks this evening.

A hundred white balloons were released into the air as singer Avanti Nagral performed Michael Jackson's 'We are the World'.

Right across, equally poignant was the iconic Taj Mahal Palace and Hotel, which was one of targets of the most audacious terror attacks on the country.

Additional Chief Secretary Sumit Mallick representing the Government of Maharashtra, quoted Abraham Lincoln while talking about peace, saying, "We have gathered to pay tribute and never to forget the lives that were lost here seven years ago. It was a kind of an attack the world was yet to see. The sea became a catalyst to export horror and Bombay exported its innocence forever."

Actor Boman Irani who performed Frank Sinatra's 'My Way' told NDTV, "It's an honour to come together with leaders of so many religious faiths and spread the message of peace. This is also tell the world that no matter what, Mumbaikars will stand together and stand up to those who terrorise us." 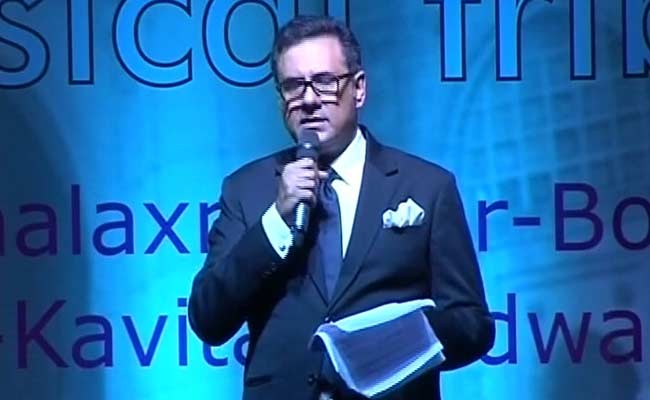 Among the other performers were Shillong Chamber Choir, Mahalaxmi Iyer, Luke Kenny and Purbayan Chatterjee.

Another striking feature of the tribute was the fact that the area was perfumed with fragrance by Pratiksha Manjiramani that had a message. A woody scent to signify love for the motherland and a citrus and floral aroma display the unfailing spirit of Mumbai.

The event was organised by Qyuki, formed by A R Rahman, Shekhar Kapur and Samir Bangara - who have been supporting the musical tribute for the last two years to the martyrs of the deadly attack that had left over 160 people dead.
Comments
26/11 AttacksMumbai 26/11 Tribute2008 Mumbai AttacksMumbai 2008 Attacks26/11 Mumbai Attacks