Gurudas Kamat's Last Rites In Crematorium He Inaugurated 9 Years Ago

On August 23, 2009, Gurudas Kamat inaugurated the renovated Charai crematorium in suburban Chembur, one kilometre away from his residence. He was a union minister of state then. 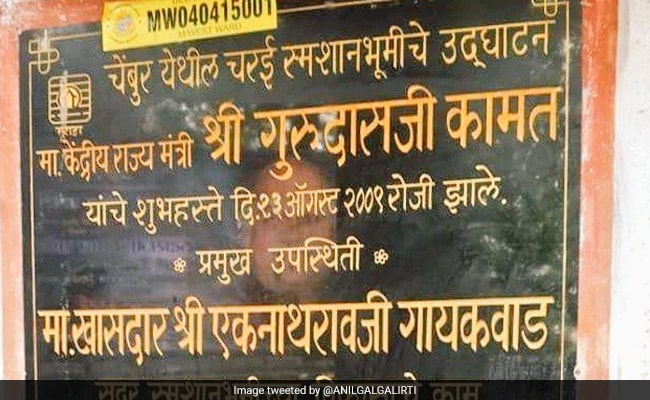 In an eerie coincidence, Congress leader Gurudas Kamat was cremated at the same facility in Mumbai which he had inaugurated on this day nine years ago.

On August 23, 2009, Gurudas Kamat inaugurated the renovated Charai crematorium in suburban Chembur, one kilometre away from his residence. He was a union minister of state then.

The Congress leader died of a heart attack in the national capital on Wednesday. On Thursday, he was cremated with full state honours at the same crematorium.

The plaque at the crematorium's entrance mentions that he was the chief guest at the inauguration.

City-based RTI activist Anil Galgali tweeted a picture of the plaque, pointing out the coincidence.

Then local lawmaker Eknath Gaikwad and then state cabinet minister Chandrakant Handore had attended the inauguration. 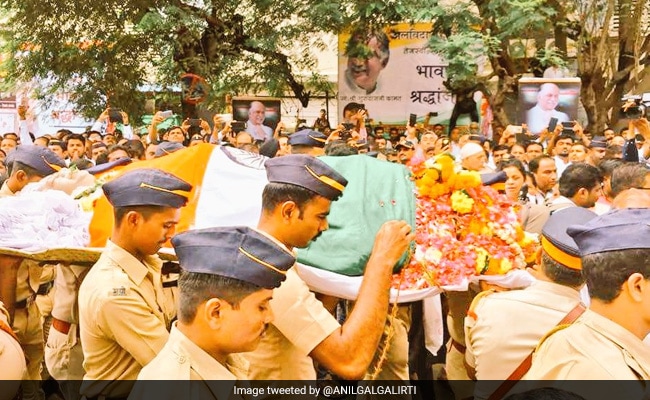 Gurudas Kamat Funeral: On Thursday, Gurudas Kamat was cremated with full state honours at the crematorium he had inaugurated on the same day 9 years ago

"I remember the day when Gurudasji, I and my colleague in Maharashtra government Handoreji jointly inaugurated the crematorium. No one ever imagined that fate will take a tragic twist and Kamat will be cremated after nine years in the same crematorium on the same date," Mr Gaikwad told PTI.

"He was a man of his word. He had promised to renovate the crematorium and followed it up with every authority. His commitment towards addressing people's problems was unparallelled," Mr Gaikwad added.