Gurudas Kamat's body was wrapped in the tricolour and was taken to the crematorium in the suburb in a flower-bedecked vehicle. 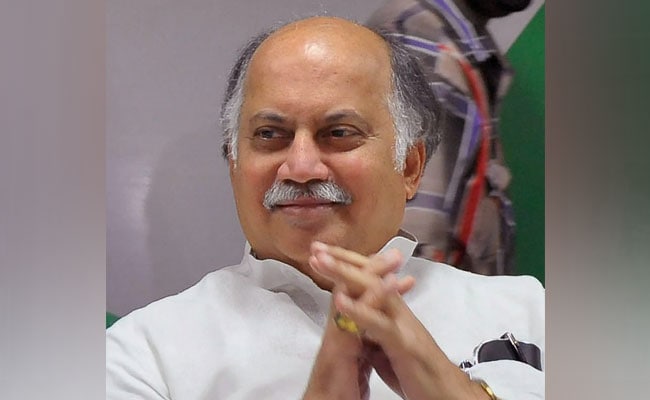 Senior Congress leader Gurudas Kamat was cremated today in suburban Chembur with full state honours in the presence of several dignitaries and a huge number of supporters.

Mr Kamat, 63, a five-time Lok Sabha MP and a former Union minister, died of a heart attack in New Delhi yesterday and his body was brought to his residence in Chembur to allow people to pay their last respects.

Mr Kamat's body was wrapped in the tricolour and was taken to the crematorium in the suburb in a flower-bedecked vehicle.

His son Sunil lighted the pyre and a police contingent gave the departed leader a gun salute.

Several people present there were seen breaking down.

While some of these leaders paid their respects at Mr Kamat's Chembur residence, others were present at the crematorium.

Mumbai Congress chief Sanjay Nirupam said that the party wanted Mr Kamat's body to be brought to its city headquarters near the Brihanmumbai Municipal Corporation head office in south Mumbai but the departed leader's family members turned down the request.

"We respected the sentiments of the family," Nirupam told PTI.

He was Union minister of state for home affairs with the additional charge of the Communications and Information Technology Ministry from 2009 to 2011.

He was also a former president of the Mumbai Regional Congress Committee.

An advocate by profession, Mr Kamat was a commerce graduate from R A Podar College in Mumbai and had a law degree from the Government Law College.