1 Dead, 6 Injured After Fire Breaks Out At Mumbai Building

The fire broke out at the 'Aditya Arcade'' building in South Mumbai around 6 am. 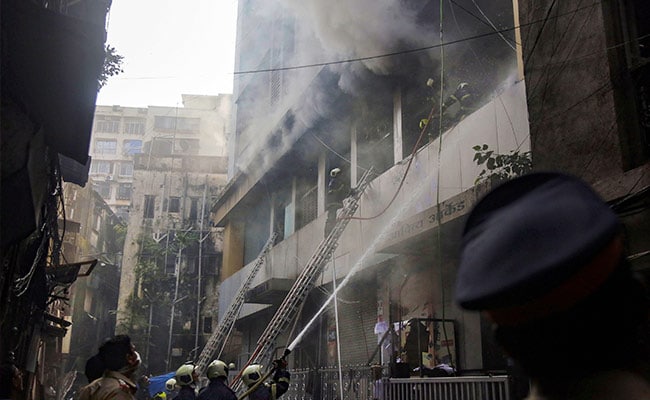 Nearly ten people have been rescued from the building. (PTI)

A 22-year-old man died and six others were injured after a fire broke out in a five-storey commercial building in south Mumbai's Grant Road Sunday morning, officials said. Nearly ten have been rescued from the building, they said.

The man was found unconscious near the building's staircase and was rushed to the nearby hospital. He was declared dead on arrival, an official said.

The fire brigade got a call about the blaze in the ''Aditya Arcade'' building around 6 am. The blaze engulfed the building's electric duct passing through its staircase, stalls and offices.

"The fire was first reported at 6.06 am. It was a level-4 fire. It has been brought under control and rescue operation is underway," an official said.

For the rescue operation, the fire brigade used battery-operated tools bought from Israel to cut windows and grills to get inside. Thermal imaging cameras were also being used.