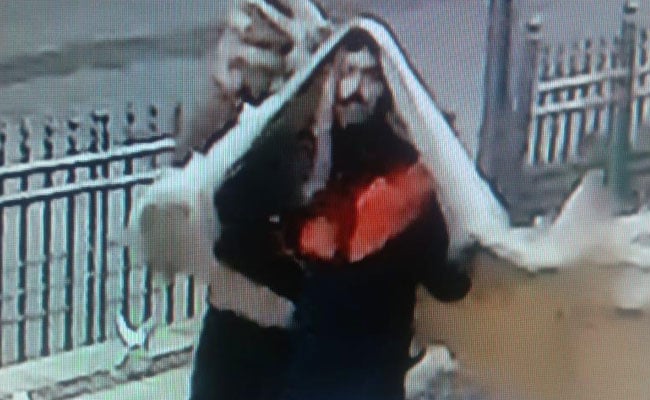 Ranjit Bachchan Murder: The police have announced a reward of Rs 50,000.

The Lucknow Police have released the CCTV grab of a man suspected to have murdered the founder-member of a right wing group in Uttar Pradesh's capital city, news agency ANI has reported. The victim, Ranjit Bachchan, chief of Vishwa Hindu Mahasabha, was on Sunday attacked by assailants at Hazratganj, the city's busy commercial area.

The police have announced a reward of Rs 50,000 for anyone who provides information about the suspect.

The photograph shows a young man wearing a striped blue jacket, who is covering his head with a white shawl.

Ranjit Bachchan was apparently on a morning walk when he was shot dead. His cousin Aditya Srivastav, who was accompanying him, said one of the men snatched their cellphones and fired multiple rounds at them.

A .32bore pistol, built in Bihar's Munger, was recovered from the spot, the police said.

Ranjit Bachchan was associated with the Samajwadi Party before he formed the right-wing group.

Six police teams have been deputed to investigate the case, sources said.

This was the second time a right-wing leader was killed in Lucknow in the recent months. In October, Kamlesh Tiwari, president of the Hindu Samaj Party, was attacked while at home. He was shot in the face and stabbed 15 times and died on the way to hospital.

The men had called on him with a box of sweets for Diwali and attacked him when he invited them in.

Two men -- Ashfaq Hussain (34) and Moinuddin Pathan (27) -- were arrested and they confessed to the murder, the police had said.

The men, who were from Surat in Gujarat, allegedly killed the Hindu group leader over statements he apparently made against Prophet Mohammad in the past, the police said.