Read inOther Languages
This Article is From Jun 19, 2019

Ushoshi Sengupta also alleged a police officer at the Charu Market police station lodged her complaint but refused to take the complaint of the driver.

Model-actor Ushoshi Sengupta was allegedly harassed, followed and manhandled by a group of unidentified men in Kolkata on Monday night while she was returning home from work in an Uber cab. Her driver too was beaten by the group. Seven people have been arrested in the case on the basis of video grabs shared by Ms Sengupta on social media and CCTV footage.

Ms Sengupta, winner of the Miss India title in 2010, was returning home from a five-star hotel with a colleague when a few men on motorcycles stopped the cab and assaulted their driver. The incident happened around 11:40 pm.

Ms Sengupta, in her post, said she then shouted and called the police while filming the incident.

She claimed in her post that officers of the nearest Maidan Police Station initially did not come for help despite her repeated requests.

When the policemen finally intervened, the "boys" pushed the officers and ran away, her post said.

Six of them allegedly followed Ms Sengupta and her colleague and threw stones at the car and dragged her out. She claimed the accused tried to break her phone and delete the video she had earlier recorded. The alleged assault stopped after local people came out.

"They stopped my car, threw stones and dragged me out and tried to break my phone to delete the video. My colleague jumped out of fear and I started shouting to attract some locals' attention there," her post read. 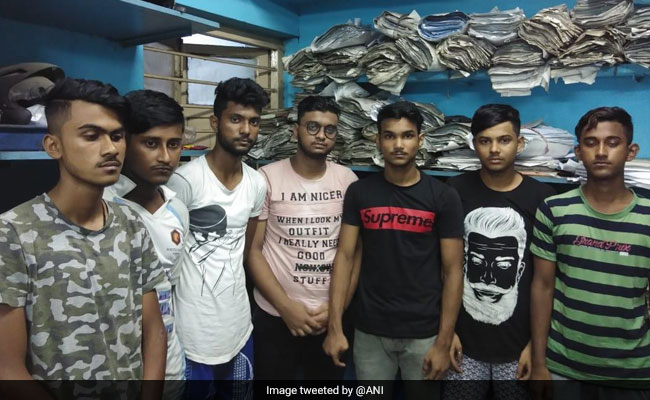 Seven people have been arrested on the basis of video grabs shared by Ushoshi Sengupta.

Ushoshi Sengupta also alleged a police officer at the Charu Market police station lodged her complaint but refused to take the complaint of the driver.

The Kolkata Police said they have initiated an inquiry into the alleged non-registration of FIR.

"We have taken this incident very seriously and seven persons have been arrested so far. On the order of the Commissioner of Police, Kolkata, an inquiry regarding the non-registration of FIR has been initiated into this incident, at a very senior level," the Kolkata Police wrote on its Twitter handle.