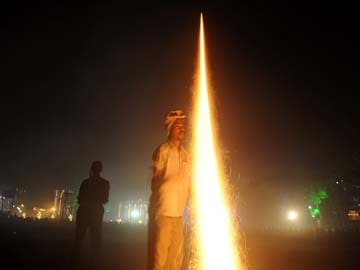 Kolkata: Over 200 people were arrested from various parts of the city on Kali puja night for bursting prohibited sound crackers and indulging in unruly behaviour.

They were arrested in night-long operations for bursting prohibited sound crackers last night like chocolate bombs and other fire crackers which exceed the sound limit fixed by the authorities, Kolkata Police said.

The sound limit was fixed keeping in mind the problem it posed for the old, ailing and the children.

Police have seized huge amount of fireworks during drives in the last one week to contain the use of illegal sound crackers.

Promoted
Listen to the latest songs, only on JioSaavn.com
Besides opening special control rooms, both the state and city police also maintained a strict vigil to avert any untoward incident during the celebrations.