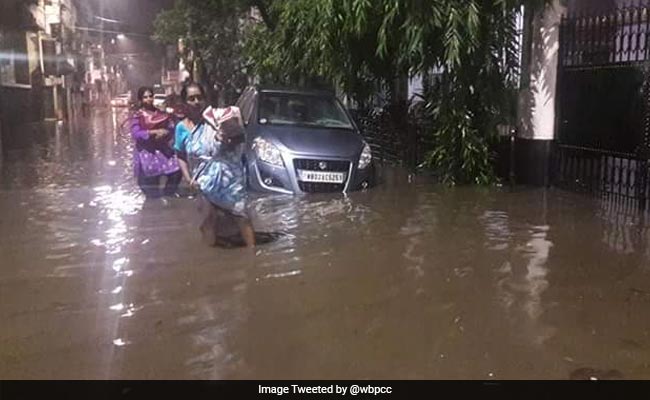 The nagging rain caused waterlogging in several parts of the city.

Kolkata: Three pedestrians were killed and five others injured after trees fell on them as gale force winds pounded a rain-drenched Kolkata on Wednesday evening, throwing normal life out of gear.

Two persons, including a woman, died and five others sustained injuries close to the Jadavpur University on the SC Mullick Road in south Kolkata when the storm uprooted a tree which fell on them, police said. The injured, one of them serious, are admitted in a private medical college.

An uprooted tree took another life in the Beliaghata area. The victim sustained multiple injuries and was rushed to NRS Medical College and Hospital where he was declared brought dead, the police said.

The nagging rain caused waterlogging in several parts of the city. The downpour increased in intensity in the evening as the gale with speeds of 70 km per hour lashed the eastern metropolis, felling trees and branches which blocked important thoroughfares.

"With the well marked low pressure concentrating into a depression over the Bay of Bengal, heavy rains are likely to continue," it said.

Commuters, including people returning from offices, faced the brunt of the rain and gale as many of the areas were choked.

"Train service was disrupted due to fall of trees on the overhead cable at Sonarpur area in the Sealdah South division. The rescue work is in progress and the service will resume soon," said an Eastern Railway spokesperson.

City Mayor Sovan Chatterjee said 22 teams have been pressed into service to remove the uprooted trees and clear the roads.

"We are working on a war footing. We have started cutting down trees. The fire brigade, Kolkata Municipal Corporation men and the police are working in tandem," he said.