Kailash Vijayvergiya accused the Trinamool Congress of allowing cross border infiltration into Bengal just to reap "political benefits" out of it. 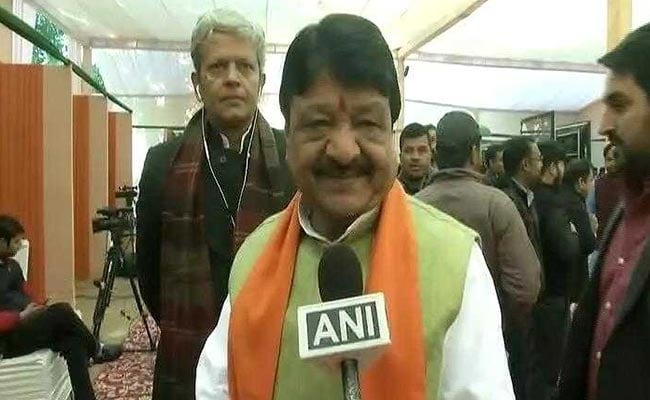 Kailash Vijayvergiya urged Mamata Banerjee not to interfere in matters related to other states.

Kolkata: BJP national general secretary Kailash Vijayvergiya today criticised West Bengal Chief Minister Mamata Banerje for her remarks on the National Register of Citizens in Assam, saying it was an insult to the Constitution and the Supreme Court.

He also accused the Trinamool Congress of allowing cross border infiltration into Bengal just to reap "political benefits" out of it.

"The NRC is being updated in Assam after consultation with all stakeholders, communities, political parties and outfits. Such comments are not only an insult to the Constitution and Supreme Court but also against the spirit of the federal structure of our country," Mr Vijayvergiya said in a statement.

Addressing a meeting at Ahmedpur on Thursday, Ms Banerjee had accused the BJP-led government at the Centre of "hatching a conspiracy" to drive out Bengalis from Assam by "excluding" their names from the first draft of the NRC published on the December 31 midnight.

The NRC of 1951 is being updated in Assam under the supervision of the Supreme Court to identify original residents of the state in order to check illegal migration.

Referring to Ms Banerjee's continuous protests against various policies of the Narendra Modi government, Mr Vijayvergiya urged the West Bengal chief minister not to interfere in matters related to other states.

"The Assam government is competent enough to protect its citizens. Mamata Banerjee should concentrate on her own state and stop playing politics on each and every issue," he said.

The Assam police had yesterday registered an FIR against the West Bengal chief minister on complaints over her allegation that the Centre was conspiring to drive Bengalis out of Assam with the state's NRC, which is being updated.

Promoted
Listen to the latest songs, only on JioSaavn.com
The FIR sparked an angry response from the Trinamool Congress which said, such an action would not stop her from fighting for the cause of the Bengalis while the BJP accused Banerjee of trying to make an "issue out of an non-issue" for reaping political dividends.

The BJP government in Assam had condemned Banerjee's statement, saying it was "derogatory, insulting to the people of Assam and against the Constitution as well as the spirit of the Supreme Court."