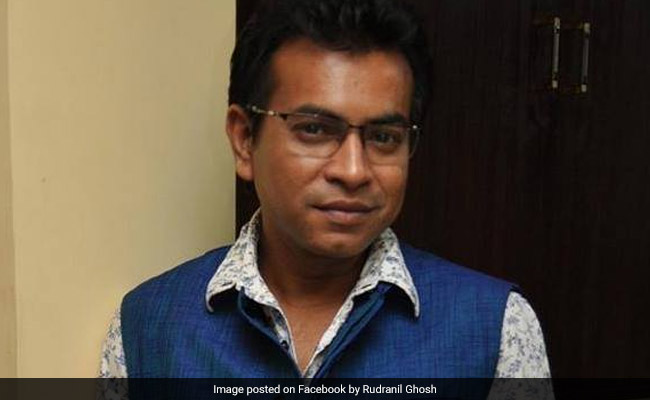 Bengali actor and screenwriter Rudranil Ghosh, known to be close to the Trinamool Congress (TMC), has criticised the party on the 'cut-money' and also Mamata Banerjee's counter-attack on the Bharatiya Janata Party (BJP) on 'black money'.

Ghosh, a former student leader and an ardent admirer of the erstwhile Left Front government, switched allegiance to the TMC after it came to power in 2011. Ghosh, a TMC star campaigner and a regular at the party's annual July 21 Marty's Day rally, gave the event a miss this year. It triggered the speculation that he might join the BJP.

"I am not a political worker, but just a supporter of a political ideology and a government. The present situation made me feel that if I go (to July 21 rally), I will be supporting the wrong-doings.

"The news of local leaders' rude behaviour that has distanced people from the party (as seen in the election results) doesn't reach the supremo Mamata Banerjee or she listens selectively," he said in an interview with a TV channel.

"She brought to fore the word 'cut-money' following which people (read TMC functionaries and public representatives) are returning some amount. It is creating a perception that the party runs on cut-money. I also didn't like countering the cut-money issue with black money," Ghosh said.

According to him, the people raising questions are being distanced from the party. He called it unfortunate that there was no scope of talking to Banerjee, around whom the TMC is built.

The actor of the 'Vinci Da' fame also wondered how much poll strategist Prashant Kishor, roped in recently by the party after the Lok Sabha setback, knew about the ground reality of West Bengal.

Taking a pot-shot at Banerjee without naming her, Ghosh said, "When someone talks on behalf of common people and woos them with the ideology of hawai chappal, others are building high-rises. Also, if someone asks for return of cut-money, the entire chain of things only evokes laughter among a large section of the masses."

Recounting his association with Banerjee, Ghosh said he was always inspired by the former's struggle and he was not a person who would rush to the BJP as it had won 18 Lok Sabha seats.

"The BJP should first focus on its leadership to counter the TMC in 2021. People want peace. If they think they need me, they will definitely get my support," Ghosh said.

After Ghosh's outburst, West Bengal Education Minister Partha Chatterjee said Ghosh was an emotional person. "I will meet him personally and talk to him. Other parties have always tried to draw him to their fold, but he has never switched and he will not do so in future," Chatterjee said.