Bengal Man Arrested For Selling Wife's Kidney. She Didn't Even Know It Was Gone.

According to her father, the couple wed in 2005. At the time, her family gave the groom's family gold, silver, and 180,000 rupees in cash, he said, "but they kept asking for more. He used to say 'your father has so many cars, he's sitting there with so much wealth, look at us, we have nothing," the father said. 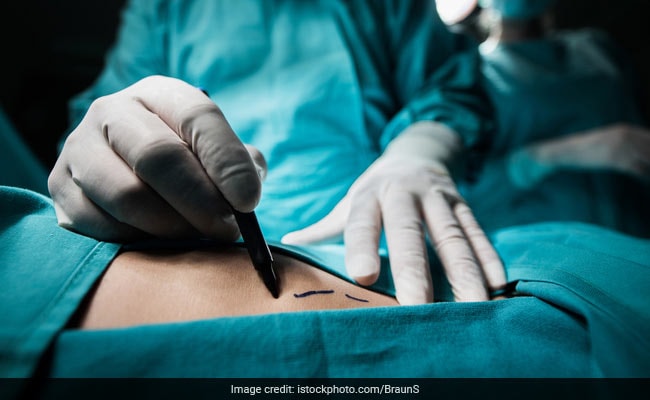 A man in West Bengal has been arrested for secretly selling his wife's kidney. (Representational Image)

New Delhi: It was about two years ago when Rita Sarkar began to feel a sharp ache in her abdomen. Sarkar, of West Bengal, told her husband about the pain, and he took her to a medical facility in Kolkata for treatment.

"They convinced her she needed an operation," her father said in a phone interview with The Washington Post. Medical staff at the facility told Sarkar she needed an immediate appendectomy. She underwent surgery the next day, she told India's the Telegraph.

"My husband warned me not to disclose the surgery in Kolkata to anyone," Sarkar told the Hindustan Times. They kept her inside her home for several months that followed, her father said. But after the appendectomy, Sarkar's pain intensified - this time, in her lower back. She pleaded with her husband to take her to see a doctor, but he refused.

Then, about three months ago, relatives on Sarkar's father's side took her to a local medical center, the largest healthcare facility in the northern region of West Bengal. An ultrasound there uncovered the fact that Sarkar's right kidney was missing.

"I was shattered," Sarkar told the Telegraph. In addition, her left kidney was infected, her father told The Post. "She's still very ill," he said.

The men have been charged with commercially trading human organs and detaining a woman with criminal intent, according to local news outlets. Police say the husband confessed to selling the kidney to a businessman in Chattisgarh.

Sarkar alleges that her husband sold off her kidney to make up for her family's failure to meet dowry demands.

"Now, I understand why he forbade me to reveal anything," she told the New Indian Express. "He and his family tortured me during the past 12 years of marriage for dowry and when my family failed to meet their demands, they sold my kidney."

According to her father, the couple wed in 2005. At the time, her family gave the groom's family gold, silver, and 180,000 rupees in cash, he said, "but they kept asking for more."

"He used to say 'your father has so many cars, he's sitting there with so much wealth, look at us, we have nothing," the father told The Post.

Dowries - the payment from a bride's family to a groom's - have been banned in India since 1961. But they persist, and women continue to be abused and even murdered by their husbands and families when dowry demands are not met. Stronger laws were introduced in the 1980s to protect married women from cruelty, but the practice of dowry-giving remains entrenched.

The men allegedly confessed that the kidney was sold to a businessman in Chhattisgarh, according to the Hindustan Times.

Reached by the Telegraph, her husband claimed his wife agreed to donate her kidney. He says she even signed a consent letter, which she denied.

Authorities suspect the sale was part of an organ-trafficking racket, an inspector with West Bengal police in Farakka told the Telegraph.

Such organ smuggling rings are well entrenched across India. Traffickers are known to rob poor people of their kidneys and sell them to wealthy patients around the world.

In 2008, police uncovered one of the world's largest kidney trafficking rings, in Gurgaon. They found a labyrinthine kidney bazaar run by men posing as doctors, preying on poor laborers who had moved to the city for work. Investigators said they believed the trafficking network included buyers from Canada, Greece, Saudi Arabia, Dubai, the United Arab Emirates and the United States. Many came to India on tourist visas.

Following the arrest of a "kidney kingpin" running the network, the government tightened its rules for organ exchanges. But the underground organ market still thrives in India. South Asia as a whole is the leading hub for transplant tourism, according to the World Health Organization. The Voluntary Health Association of India has estimated that about 2,000 Indians sell a kidney every year.

Promoted
Listen to the latest songs, only on JioSaavn.com
Many experts have blamed demand for India's illegal kidney trade on sagging medical infrastructure and a surge in renal diseases. India also lacks an official system for collecting donated organs. In addition, traffickers have a continuous supply of kidneys from the poor who are looking for extra money.

One of the biggest crackdowns in recent memory involved the 2016 arrests of more than a dozen people in a sophisticated kidney transplant ring, including several doctors and the chief executive of one of Mumbai's leading hospitals. Local press dubbed it the "Great Indian Kidney Racket."