MJ Shaji says he has the backing of his neighbours for the killing of dogs.

Thiruvananthapuram: MJ Shaji freely admits to killing 130 dogs by feeding them poison-laced meat. And he claims he has the backing of his neighbours for this.

He took the NDTV team to the spot where he buries the dogs, and then to a bus stand, where he had killed the dogs.

For the 43-year-old autorickshaw driver, this is a "cause". "I don't mind going to jail for this," he said.

Dog culling has become norm in parts of Kerala - triggered by incidents of attacks. Images of piled up dead dogs have come from Kannur district and in Ernakulum, local groups have announced rewards for killing stay dogs.

At Mr Shaji's hometown Muvattupuzha, 30 km from Ernakulum, dogs have become a menace. Over 30 people have reportedly been bitten by stray dogs in last 6 months, including children and elderly persons.

"The government and the panchayat have done nothing," Mr Shaji said.

Mr Shaji's colleague had to spend a whopping Rs 95,000 when his son Joy was bitten by a dog. The five-year-old is a patient of haemophilia, a disease where bleeding, internal or external, does not stop without expensive treatment and a patient is in danger of bleeding to death.

"I don't want to see other children being bitten by dogs," said Mr Shaji.

The police said they are filing a case on basis of a complaint lodged by the Animal Welfare Board.

A few km away, trained animal handlers Ambili and Rajesh, have a dog shelter. They say till 2012, they helped the local panchayat with animal birth control procedures. But now, the municipality has stopped that.

Citing constraints of staff and resources, Municipal Chairman UR Babu told NDTV that sterilising dogs was not a viable option for local bodies. "It is the government's responsibility," he said. 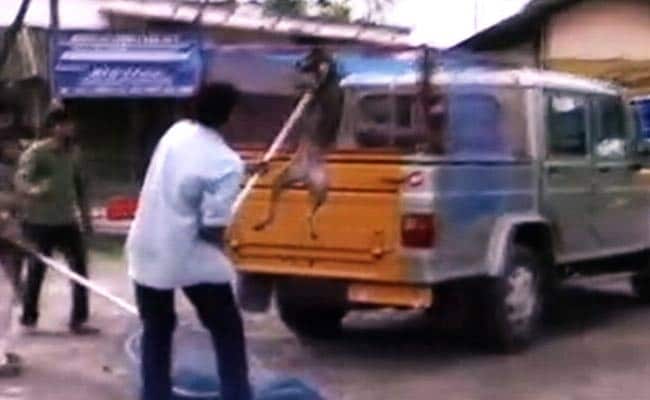