Calling it a threat to safety, Pinarayi Vijayan said the water level at Mullaperiyar has reached 142 feet and wrote to the Tamil Nadu chief minister to regulate water in the dam.

Kerala flood: Although Mullaperiyar Dam is located in Kerala, it is operated by Tamil Nadu (File photo)

After heavy rain for the last one week triggered floods and landslides in Kerala, Chief Minister Pinarayi Vijayan on Wednesday sent an SOS to Prime Minister Narendra Modi, Home Minister Rajnath Singh and his counterpart in Tamil Nadu E Palaniswami on the rising water level in the Mullaperiyar Dam.

Mr Vijayan asked Tamil Nadu chief minister to release water from Mullaperiyar Dam that was close to breaching the 142-feet mark, the maximum level that Kerala believes, the dam structure can safely hold.

The Kerala chief minister followed up his message to Tamil Nadu's E Palaniswami with phone calls to PM Modi and the Union Home Minister, urging them to nudge Tamil Nadu to release some water from the dam to bring down the water level to 139 feet.

The rains and floods in Kerala, the worst in nearly a century, have already killed 67 people, 25 of them in the last 24 hours alone. It has also forced the administration to shut down the Kochi airport, the state's busiest, as it braces for more rains forecast by the weather department till Saturday. 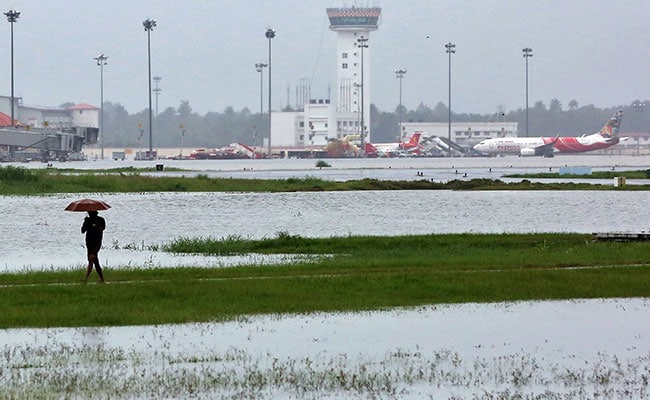 Kerala says it is extremely worried about the devastation that would follow if water suddenly needs to be released from the 123-year-old dam. "To prevent the situation of a sudden release of water in large volumes, which will result in widespread damage, water levels must be lowered immediately," Mr Vijayan's office said.

Kerala and Tamil Nadu have been at loggerheads over the dam, built under an 1886 accord in Kerala between the then Maharaja of Travancore and the erstwhile British regime. Under this pact, Tamil Nadu operates the dam.

Mr Vijayan is learnt to have complained that the engineers at the dam were not responding to requests from Kerala to release water so that it does not cause widespread damage. 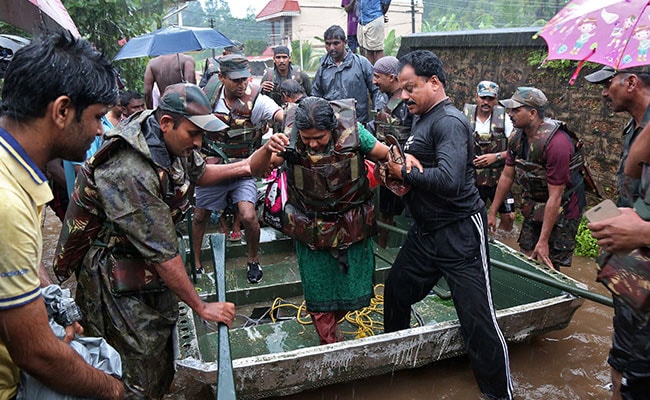 Hundreds living on the banks of Periyar river were shifted before the gates were opened.

Kerala has, for long, been demanding de-commissioning of the dam built at the confluence of Mullayar and Periyar rivers, arguing that it has over the years developed leaks.

Tamil Nadu, however, insists that the dam is safe, and a Supreme Court directive in May 2014 allowed the state to increase the water level from 136 feet to a maximum of 142 feet.

With the ongoing downpour, there is anxiety over the way Tamil Nadu would handle the water level in the dam, as they use the waters of the dam using large penstock pipes for irrigating their farmland.

News agency IANS says some reports suggest Tamil Nadu has now reduced its offtake to prove a point that the dam is safe and the water level in the dam could be raised further to 152 feet.

PM Modi tweeted to say he had a "detailed discussion" with the Kerala chief minister and promised to provide any assistance. Kerala government officials said the Central Water Commission had been asked to review the situation.

Mr Vijayan's conversation with Home Minister Rajnath Singh, their second discussion on the floods during the day, comes days after the union minister's announcement of Rs 100 crore relief for Kerala drew a sharp jibe from the state government.

Kerala says the total loss due to floods is estimated to be Rs. 8,000 crore.

"Immediate mitigation and rectification expenditure to the state around Rs. 3,000. And the central grant precious Rs. 100. And that too if it is from regular disaster management fund due to Kerala, I don't know!" Kerala minister Thomas Isaac had tweeted.

60,000 people have been moved to relief camps since August 8 in what has turned out to be the state's worst monsoon in almost a century. More than 10,000 kilometres of roads and hundreds of homes have been destroyed or damaged. On Wednesday, a red alert was issued across the state, and the Kochi airport shut operations till Saturday.