Lok Sabha Elections 2019: However, sources close to Mohanlal have denied any possibility of him contesting the polls. 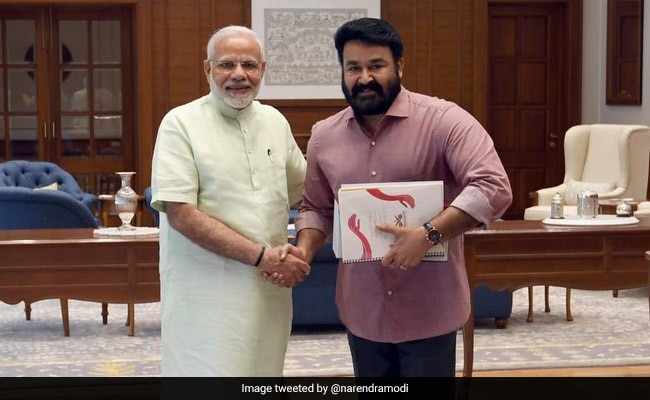 The Kerala BJP is trying to persuade Malayalam movie star Mohanlal to join its ranks ahead of the Lok Sabha polls, party legislator O Rajagopal told NDTV today. "There are a few among us who feel that a man like Mohanlal should be fielded. He is from Thiruvananthapuram, and he has evinced a keen interest in public affairs. Although Mohanlal is sympathetic to our cause, he is not a party member. We are trying to persuade him, but I don't know if he will accept or not," the party's sole legislator in Kerala said.

The 90-year-old politician gave sitting Congress parliamentarian Shashi Tharoor a tough fight in the last Lok Sabha elections. The BJP is now among the national parties that are busy locking names of possible candidates for the battle ahead. "To the best of my knowledge, no candidate has been finalised for any region, and that includes Thiruvananthapuram. There are several names doing the rounds. Shashi Tharoor is trying to enthuse his booth workers too. He is the sitting parliamentarian, and within the Congress, he has no contest for his seat," said Mr Rajagopal.

Mr Mohanlal, who was awarded the Padma Bhushan last week, acted in over 300 movies spanning more than four decades. Last year, he had written a blog titled "MODIfied waves", wherein he praised Prime Minister Narendra Modi's patience after a one-on-one meeting. The actor described their interaction as a personal one, with the ViswaSanthi Foundation -- his non-governmental organisation -- dominating the discourse.

However, sources close to Mohanlal have denied any possibility of him contesting the elections.

PM Modi has already addressed two party gatherings in Kerala over the past month, and he is expected to address a rally in the state as part of his 100-day campaign soon. Congress president Rahul Gandhi also addressed thousands of booth workers in Thrissur recently.

Top Congress leaders have given an open call for party workers to work "collectively and decisively" in an overarching effort to mobilise the voter base. "My partymen are prepared and matching up. Rahul Gandhi gave them a strong message, and we are continuing the action on the ground," Mr Tharoor told NDTV.