Since the NSS had been a party to the case from the very beginning itself, it has decided to file a revision petition in the Supreme Court in the matter. 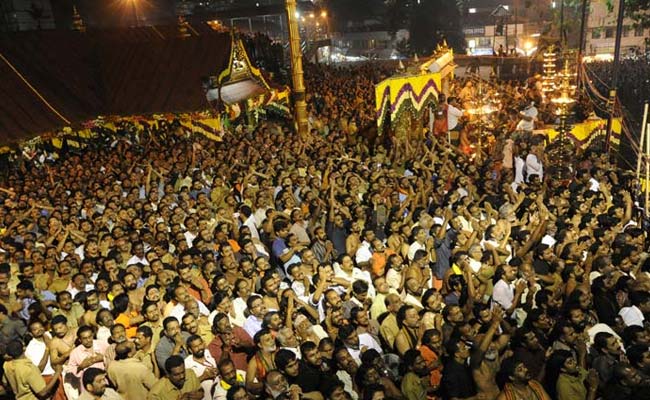 The NSS also urged the government to take steps to amicably resolve the issue. (File)

The Nair Service Society, a body of Kerala's influential Nair Community, on Thursday said it would file a revision petition in the Supreme Court against its order permitting women of all age groups to enter the Lord Ayyappa temple at Sabarimala.

Since the NSS had been a party to the case from the very beginning itself, it has decided to file a revision petition in the Supreme Court in the matter, NSS general secretary G Sukumaran Nair said in a statement in Kottayam.

Mr Nair termed as "disappointing" the stand taken by the Kerala Government and the Travancore Devaswom Board (TDB) that they would not file a review petition in the top court against its verdict.

Slamming the TDB over the issue, the NSS said the board, which is an independent body managing Lord Ayyappa temple and 1200 other temples, has the responsibility to protect customs and traditions of these shrines.

These temples are managed by using the offerings being made by the devotees and not using money contributed by the government, it said.

The NSS, which had joined as a party to the case in the top court, also alleged that the state government was showing unnecessary hurry in implementing the court order.

This stand of the government and board has forced the faithful to take necessary steps to protect their faith, it said.

The NSS also urged the government to take steps to amicably resolve the issue.

His statement comes a day after the government rejected the opposition demand to file a review petition in the apex court against its order and said it would implement the verdict in the coming pilgrimage season itself.

A high-level meeting of the TDB has also decided to make necessary arrangements for women pilgrims visiting the hill shrine when it opens for the annual pilgrimage season on October 16.

The Sabarimala temple had restricted the entry of women belonging to the age group of 10-50 as part of its age-old tradition.

On September 28, a five-judge constitution bench, headed by the then Chief Justice Dipak Misra, lifted the ban on entry of women of menstrual age into the shrine.