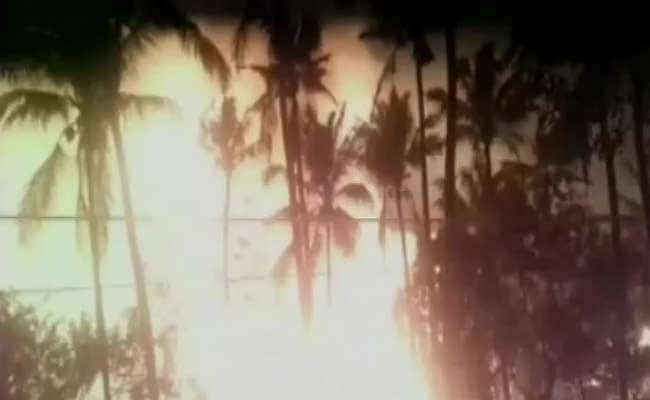 "Fire at temple in Kollam is heart-rending and shocking beyond words. My thoughts are with families of the deceased and prayers with the injured," PM Modi said in a tweet.

The Prime Minister announced Rs 2 lakh each as compensation to the next of the kin of the dead in Kollam temple fire; Rs 50,000 to those injured.

He also spoke to the state Chief Minister, Oommen Chandy about the situation.

Spoke to CM Oommen Chandy about the fire at a temple in Kollam. Arranging for immediate shifting of those critically injured via helicopter.

Following that, he also added that health Minister, JP Nadda will also be reaching the site of the temple fire.

The Prime Minister himself will be reaching Kerala to assess the situation. He tweeted:

I will be reaching Kerala soon to take stock of the situation arising due to the unfortunate fire tragedy in Kollam.

At least 90 people were killed in an accident today due to a firework display which caused a massive blaze at the Puttingal temple in the coastal town of Paravur located about 60 km from the state capital, Thiruvananthapuram.