According to the police, Jolly Thomas revealed that death fascinated her and she always wanted to know more about death and read such news. However, during the questioning, Jolly Thomas said she didn't wish to witness any more deaths and the only death that she wished for was hers. 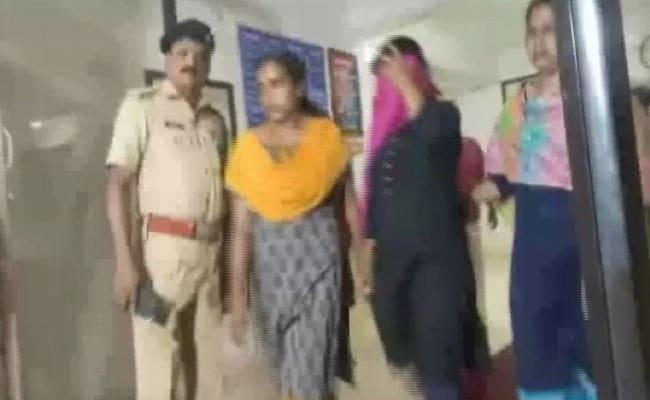 Jolly Thomas revealed that death fascinated her and she always wanted to know more about death.

With serial killer Jolly Thomas confessing to all the six deaths between 2002 and 2016 in her family, she told the police she liked death and the news of death.

According to the police, Jolly Thomas revealed that death fascinated her and she always wanted to know more about death and read such news. However, during the questioning, Jolly Thomas said she didn't wish to witness any more deaths and the only death that she wished for was hers.

It also came to light that Jolly Thomas 's penchant for luxurious life was the motive behind the crime and she never expected to be caught. People are shocked to know that contrary to her image of a good homemaker, she boozed, had extra-marital affairs and acted as a real estate agent.

The police revealed that she often carried cyanide in her bag.

With her six-day police custody set to end on Wednesday, Superintendent of Police KG Simon, who is leading the probe team, said on Sunday further custody would be sought, if required.

"The probe is going well. Jolly Thomas has confessed to all the six murders. Evidence are there against the three accused. At the moment nothing could be said about Shaju, second husband of Jolly Thomas," said KG Simon.

Jolly Thomas had met a lawyer a day before her arrest, he said and added, it was on the lawyer's advice that she held on during the first few days of questioning.

"Lawyers while taking care of their client's needs should also care for their social responsibility," said KG Simon, expressing his ire at the lawyer, whose pep talk gave Jolly Thomas a lot of confidence.

Shaju has been asked to appear before the police on Monday. Last week, when Shaju appeared for questioning, the local TV media went ga-ga and claimed his arrest was imminent. But he walked out in the evening, much to their dismay.

Despite all the confessions, the police know they have only circumstantial evidence and they continue to dig deep for the evidence to nail Jolly Thomas in the court.

The police are awaiting the first round of forensic reports on all the six bodies, exhumed a few days before Jolly Thomas and her two accomplices were arrested. They are also awaiting the arrival of the complainant, Jolly's husband's brother, from the US.

The first to die an unnatural death in 2002 was Jolly Thomas's mother-in-law Annamma, a retired teacher. She was followed by Jolly's father-in-law, Tom Thomas, in 2008. In 2011, their son and Jolly's husband, Roy Thomas, died. It was followed by the death of Roy's maternal uncle, Mathew, in 2014.

The two-year-old child of Sily (Shaju's first wife) died the following year, while Sily passed away in 2016.