Kerala Nun Who Took On Bishop Gets Notice For "Harming" Church, Owning A Car

Although the notice asked Sister Lucy Kalapura to explain herself before Superior General sister Ann Joseph at the Generalate of the Congregation on January 9, she did not turn up. 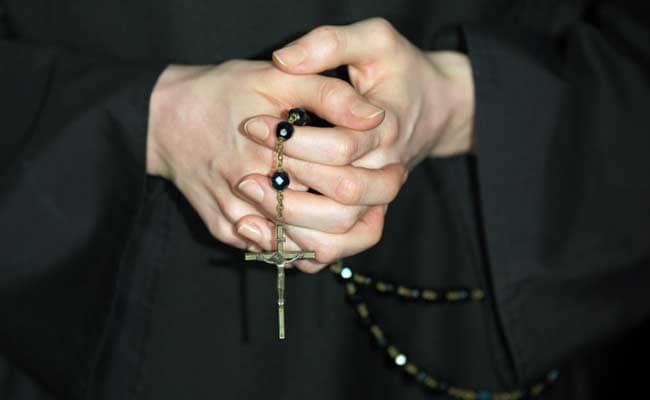 A nun who published poems, bought a car and took part in a protest against former Jalandhar Bishop Franco Mulakkal in connection with a rape case has been issued a notice by her superiors for indulging in anti-Church activities and leading a life "against the principles of religious life".

The notice from the Franciscan Clarist Congregation also asked Sister Lucy Kalapura -- belonging to the St Mary's province in Mananthavady -- to offer an explanation to Superior General sister Ann Joseph at the Generalate of the Congregation on January 9. But Sister Kalapura did not turn up, saying that she was busy.

"Your deeds on September 20 and the following dates caused grave external scandal and harm to the church... On 20th, you went to the Ernakulam High Court junction and participated in the protest held by the SoS (Save our Sisters) council without the permission of your superior... Through Facebook, channel discussions and articles, you belittled the Catholic leadership by making false accusations against it and tried to bring down the sacraments... you defamed the congregation and your performance through social media was culpable in causing grave scandal," the note read.

It also termed taking a driving licence, buying a car on loan, and publishing a book without the permission of her superiors as "grave violations". "You did what your superior asked you not to do... For publishing your book, you have used Rs 50,000. That was a very high amount that exceeds the amount even a superior general can use for extraordinary expenses," it read.

Although the provincial superior had denied Sister Lucy permission to publish her collection of poems titled "Snehamazhayil", she had gone ahead with it anyway.

The congregation also termed the act of participating in television news channels and writing articles in non-Christian newspapers on the Bishop Mulakkal case as a "grave scandal".

The sister had angered the Church leadership by participating in a street protest by five nuns belonging to the Catholic religious order "Missionaries of Jesus", demanding the Bishop's arrest.