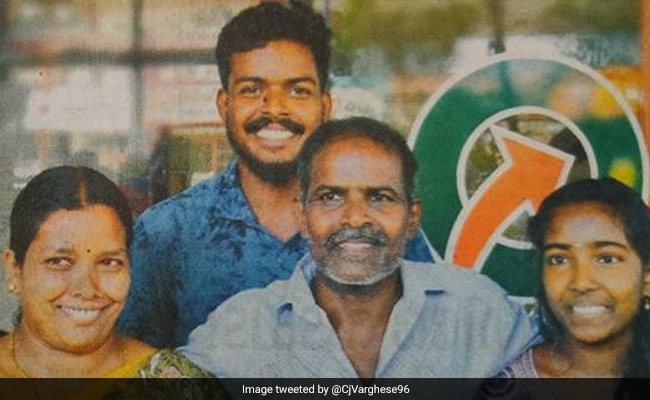 On his way to the bank to get a loan, Porunnan Rajan bought a lottery ticket. The first prize for the Christmas-New Year bumper lottery ticket? A whopping Rs 12 crore. En route to get a fourth loan to repay three earlier ones, the debt-ridden rubber tapper from Kerala's Kannur had no idea the ticket would change his life. On Monday afternoon, the results of the draw were announced and Mr Rajan won the first prize.

The 52-year-old is on cloud nine after the win. He is happy that he can now repay all his loans and help his younger daughter get a better education. He also looks forward to finishing the work on his house where he lives with his son, wife and daughter.

The daily wager's hardships saw no end as he took loan after loan to complete work on his house and get one of his daughters married. The Rs 300 ticket was comparatively expensive so he didn't tell anyone of his purchase.

As per rules, Mr Rajan is expected to receive Rs 7.2 crores as prize money after deducting tax and agency commission. The agency that sells the winning ticket gets 10 per cent of the prize money including GST.

This is however not his first lottery win. Earlier, Mr Rajan had won smaller amounts of money too. He says that these prizes encouraged him to try his luck further.