The Inter-Ministerial Central Team will visit the state for an on-the-spot assessment of damage and additional requirement of funds. 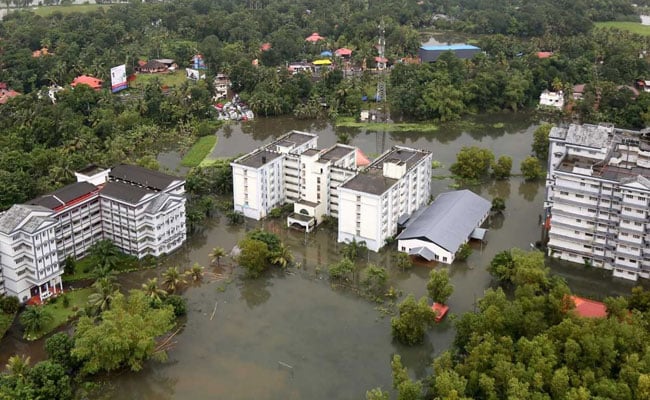 An inter-ministerial team led by a special secretary of the Union Home Ministry will tour Kerala for five days, starting today, to assess the damage caused by the recent floods.

Ministry officials said the visit was scheduled after the Kerala government sent a detailed memorandum seeking Rs 4,700 crore as compensation for the destruction caused by the deluge, considered the worst in a century. The team, to be headed by Special Secretary BR Sharma, will be in the state from September 20 to 26.

According to figures available with the ministry, at least 488 people died in rain-related incidents in the state this monsoon. As many as 14 districts of the state were affected.

"The Kerala government memorandum contained details of the loss to human life, property, infrastructure and crops. In case of any natural calamity beyond the coping capacity of a state, its government submits a detailed memorandum indicating sector-wise details of damage and requirement of funds for relief operations of an immediate nature," a senior official told NDTV.

As per existing guidelines, the Inter-Ministerial Central Team will visit the state for an on-the-spot assessment of damage and additional requirement of funds. The report filed by the team will be examined by a sub-panel of the National Executive Committee headed by the Union Home Secretary, and then by a high-level committee chaired by the Home Minister to approve the quantum of additional assistance from the National Disaster Relief Fund (NDRF).

The financial mechanism to meet the rescue and relief expenditure during any notified disaster event is governed by guidelines on the NDRF and State Disaster Response Fund (SDRF), another official said.

In case of a natural calamity, the state meets the expenditure for relief and rescue from the SDRF coffers already at its disposal. While the Centre contributes 75 per cent of this fund in general category states, special category states in hilly regions get 90 per cent in accordance with the recommendations of successive finance commissions.

According to guidelines, the Centre must provide its allocation to the SDRF of each state in two instalments.

On August 21, the Centre released Rs 600 crore to flood-hit Kerala in keeping with assurances given by Prime Minister Narendra Modi and Home Minister Rajnath Singh during visits to the state. That was in addition to the Rs 562.45 crore already made available through the SDRF.

Kerala Chief Minister Pinarayi Vijayan had said late last month that the loss caused by the floods was much more than the initial estimate of Rs 20,000 crore.