Following the incident, some trains were stranded for hours at different stations leading to a disruption in services. 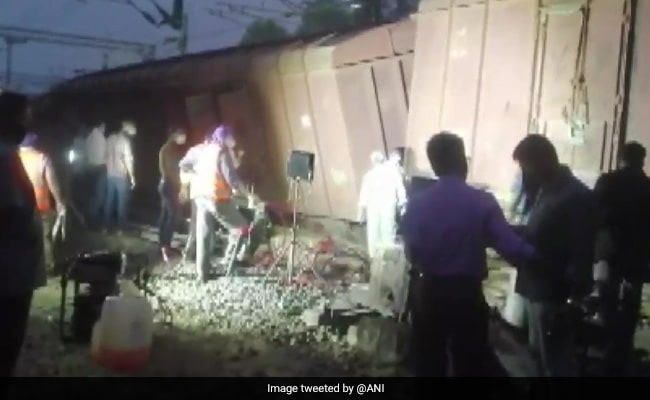 Reportedly, the accident happened while the train was switching tracks.

Four wagons of a goods train going towards Kollam in Kerala derailed at Aluva railway station on Thursday night which affected train services on the route but no injuries were reported, railway officials said.

The freight train was carrying cement from Andhra Pradesh.

The second, third, fourth and fifth wagonos of the train derailed while entering the third platform of the Aluva station around 10.30 pm.

Following the incident, some trains were stranded for hours at different stations leading to a disruption in services.

Four up trains and two down trains were affected due to the incident. However, traffic through one of the tracks was restored at 2.15 am.

"Disruption resulted in some cancellations, some trains have become short termination. Some trains have been rescheduled. We are trying to restore services quickly. There will be some late running. It will get adjusted by evening. Right now we are busy with completing the balance works. We hope to do it in another two-three hours," he added.

Reportedly, the accident happened while the train was switching tracks. However, the railway official said, "I can't pinpoint a single reason for the incident. There are many aspects. There will be an inquiry."