Cyclone Ockhi hit the state coast in November last year and had caused unprecedented damage to property and claimed lives of several fishermen. 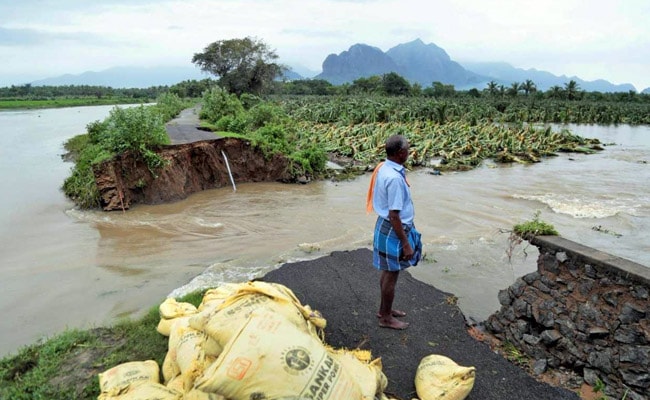 Thiruvananthapuram: The centre is yet to approve a special financial package of Rs 7,340 crore sought by Kerala for rehabilitation and reconstruction of cyclone Ockhi-hit coastal villages, Fisheries Minister J Mercykutty said today.

She was replying to a calling attention, in the Assembly, on the necessity to solve the crisis faced in rehabilitation of the victims of cyclone Ockhi due to non-allocation of sufficient funds by the centre.

Chief Minister Pinarayi Vijayan would take up the matter with the centre and exert pressure on it for clearing the relief package, the fisheries minister said.

Stating that an amount of Rs 131 crores, received by the state, was from the National Disaster Relief Fund (NDRF), Ms Mercykutty said "the state has not got any funds under the package sought by it".

Cyclone Ockhi hit the state coast in November last year and had caused unprecedented damage to property and claimed lives of several fishermen.

Promoted
Listen to the latest songs, only on JioSaavn.com
The state government had requested the centre to declare the calamity as a national disaster and announce a special package for rehabilitation of the victims and ensure safety of the coastal areas.

Prime Minister Narendra Modi had visited the cyclone-hit areas of the state and assured all help to the state to tide over the crisis.
Comments
Ockhi CycloneKerala

On Camera, Elephant In Kerala Uses Trunk To Help Calf Over Barrier. Watch