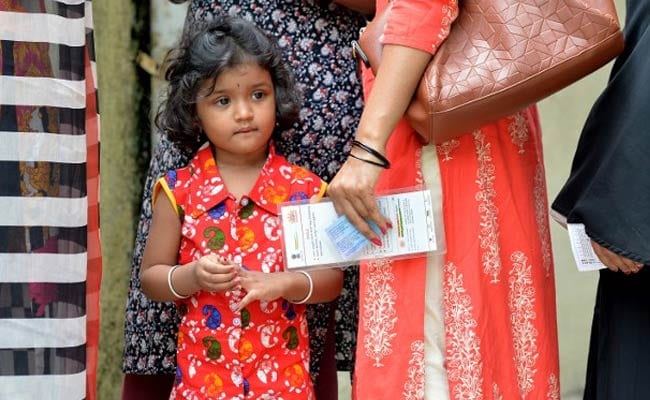 Karnataka assembly elections 2018 saw a turnout of 72.1 per cent

New Delhi: Exit polls have been divided over the results of the Karnataka assembly elections --- while six have predicted that the BJP will be the single largest party, three are vouching for the Congress. Only three say there will be a clear winner, while the rest predict a hung assembly.

With a host of agencies predicting results that have a wide variance, the reliability of the numbers is being called into question. Political leaders from across the spectrum have either challenged or ignored the exit polls. 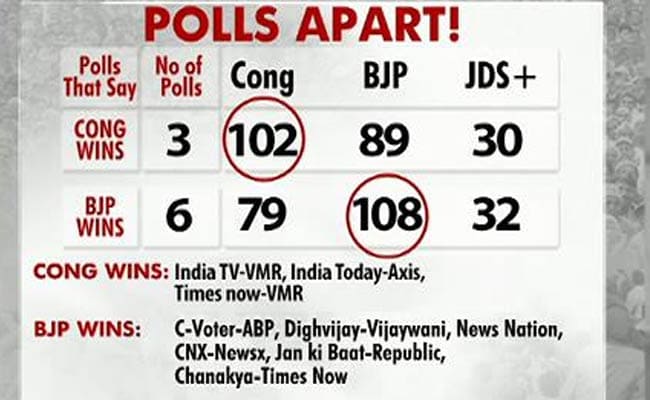 Chief Minister Siddaramaiah told supporters to ignore the exit polls as "entertainment for the next two days," encouraging them to enjoy their weekend.

Exit opinion polls are entertainment for the next 2 days

BJP's chief ministerial candidate BS Yeddyurappa, whose party is predicted to get a majority by two exit polls, also refused to comment on the predictions, saying that his party would win more than 120 seats, above the halfway mark of 112.

In a stinging statement, JDS leader HD Kumaraswamy asked channels to show their data, saying that if channels just play with numbers, it would be construed as a 'wishful' number game. The six exit polls that predict a hung assembly expect the JDS to play kingmaker.

Agencies that carry out exit polls claim to cast a wide net to ensure accuracy, starting with opinion polls in the lead up to voting day and ending with speaking to voters as they exit polling stations. 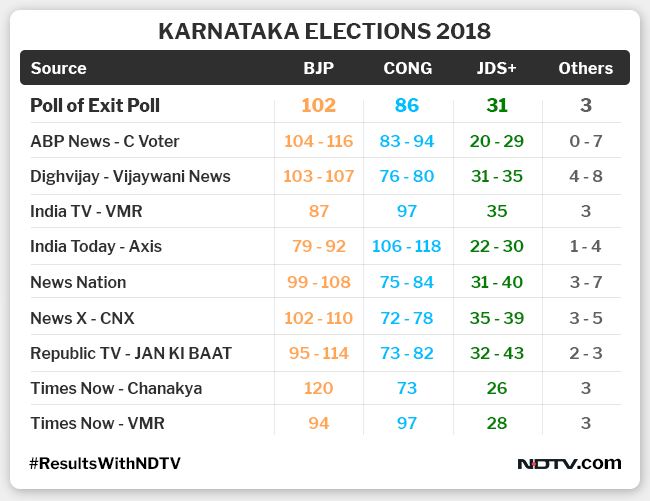 Most of the exit polls predict a hung assembly in Karnataka

But how exactly are each of these exit polls conducted? The answer is not clear.

Experts say most polling agencies are opaque about basic methodology, sample size and the questions asked. Differences in funding allow some agencies to cast a wider net than others, deploying more resources to speak to a larger sample.


Exit polls for the last assembly elections in Uttar Pradesh and Bihar have been wide off the mark. In addition, India's multi-party polls make the margin of error larger than in a two-party system like the US.

"In India, as there are so many different sub groups voting in different directions, typically you want a larger sample size and even then you get wrong results," explained Amitabh Dubey, a policy analyst. While a sample size of 1,000 is generally considered to have a small margin of error, he said that does not apply in India.