"We found that bimbli sped the process of coagulating rubber latex by 10 hours," one of the teenagers, Aman KA, said 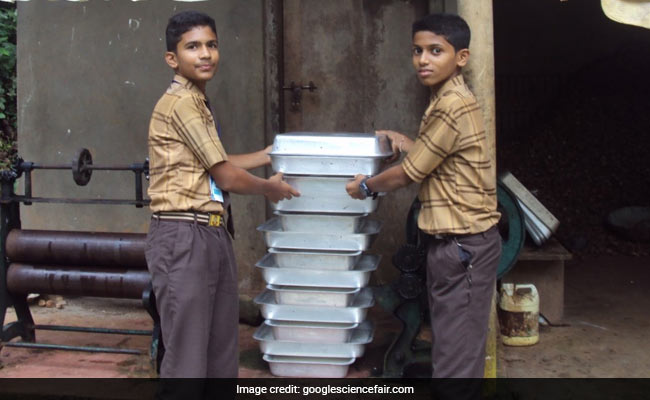 Karnataka teenagers Aman KA and AU Nachiketha Kumar have developed an eco-friendly and cost-effective process of coagulating rubber using "bimbli" extract, a feat that has bagged them the National Geographic Explorer Award by Google.

The idea, says Aman, germinated from a story narrated by his mother on how his grandfather (who was in the rubber business for over four decades) would keep looking for alternatives when he ran out of formic acid, a vital ingredient in the coagulation of rubber latex to make sheets.

"We took bimbli fruit. Its scientific name is Averrhoa bilimbi. We extracted its juice and added 60 ml of it to a one-litre tray of rubber latex. We found that bimbli sped the process of coagulating rubber latex by 10 hours. While it usually takes formic acid close to 16 hours for the process, it took bimbli extract only six hours," Aman told PTI.

"Not just the process got faster, the rubber sheets produced were of far better quality than sheets manufactured using formic acid," said 16-year-old Kumar who belongs to Uppinangady village in Karnataka.

According to Kumar, "usually after the coagulation process is over, the trays in which rubber sheets are formed are left behind with a residual solution of formic acid which is often disposed into the soil. Since the solution is very acidic, it depletes the soil and makes it unsuitable for agriculture in the long-run."

"Bimbli also eliminates the use of any of these chemicals like para-nitrophenol (used to give colour to the sheets) and forms a natural coagulant. The same process that requires 100 ml of formic acid can be executed with merely 60 ml of non-toxic bimbli extract, hence bringing down the cost," he said.

The duo is among six winners who have been awarded by Google at its "Science Fair" in different categories. The fair which was launched last year had 24 finalists from 14 countries around the world.

Other prize winners include an Ireland resident who wants to save oceans by extracting harmful microplastics from waste water; a student from Indonesia who set out to find affordable, non-invasive ways for members of her community to test their blood sugar levels; a Turkish science enthusiast who found a way to harness energy from tree vibrations; and a Russian student who wanted to find a better way to help those with impaired hearing communicate with the world around them.