HD Kumaraswamy has denied allegations of phone tapping during his tenure. 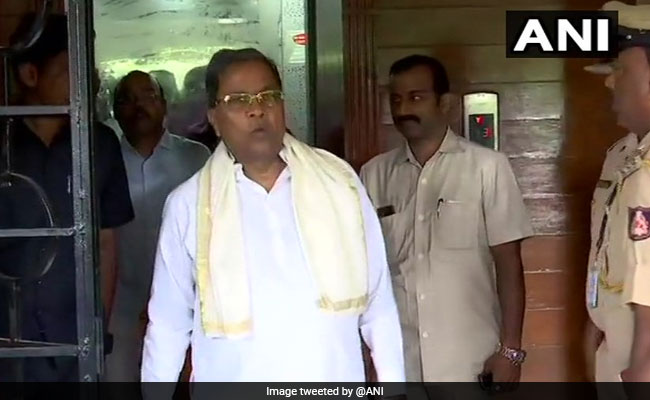 Several Congress leaders in Karnataka on Thursday sought a probe into allegations of phone tapping during the previous coalition government headed by HD Kumaraswamy in which they were partners, as the ruling BJP upped the ante on the matter.

"Phone tapping is a serious offence. Let there be an investigation on the issue & take action against those responsible, if proved," he later tweeted.

On Wednesday, disqualified JD(S) MLA from Hunsur, AH Vishwanath who had served as the JDS state president and turned rebel later, accused the previous Congress-JDS coalition government of tapping phones and spying on more than 300 leaders including him.

As the matter snowballed into a major controversy, Chief Minister BS Yediyurappa had on Wednesday said, "I am observing the developments. I will discuss with the Chief Secretary (T M Vijay Bhaskar) and think about further action."

HD Kumaraswamy has denied allegations of phone tapping during his tenure.

"I was the one who kept repeating that that Chief Ministers position was not permanent. There was no need for me to remain in and save the chair (of CM) by tapping phones. Allegations made against me by some people in this matter is far from truth," he had tweeted.

"If the tapping has happened during Kumaraswamys time you can understand how genuine he is. To cling to power and chair he has tapped phones of opponents, partner party leader Siddaramaiah and disgruntled MLAs," Mr Shettar said.

"Those behind it, even if it is Kumaraswamy himself, action should be taken against them in accordance with law," he demanded.

Speaking to reporters in Mysuru on Thursday, Vishwanath sought a probe as he also indicated that phone tapping would not have happened without the knowledge of the then Chief Minister, without taking HD Kumaraswamy's name.