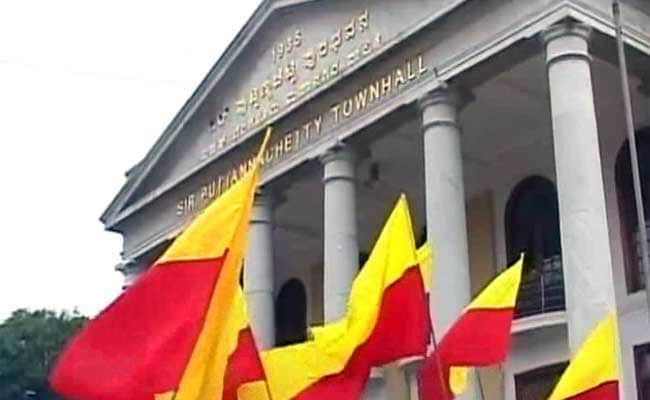 Bengaluru: Normal life was affected in the IT city and other parts of Karnataka today following a 12-hour statewide bandh called by several pro-Kannada outfits demanding implementation of Kalasa-Banduri canal project, over which state government has locked horns with neighbouring Goa.

With various public transport unions supporting the bandh, buses were not plying, while availability of auto rickshaws and taxis remained scarce.

People coming to the city from far of places were seen stranded at bus stands and railway stations following non-availability of buses to reach their destination. They even alleged taxis and auto rickshaws of over charging.

Some private schools and colleges had declared holiday.

Vatal Nagaraj, president of 'Kannada Okkoota', under whose leadership the bandh has been called said, "Calling for bandh was necessary to protect the interests of people of Karnataka." Alleging MP's across party lines failed to raise the issue in Parliament, he demanded their resignation.

The bandh was supported by several trade unions as well as Kannada film industry. A 'massive' protest march has been organised in the city as part of the bandh.

The Kalasa-Banduri Nala (diversion) project, which will utilise 7.56 tmcft of water from the inter-state Mahadayi river, is being undertaken by Karnataka to improve drinking water supply to the twin cities of Hubballi-Dharwad and the districts of Belagavi and Gadag.

It involves building barrages across Kalasa and Banduri, tributaries of Mahadayi river,to divert 7.56 TMC to Malaprabha river which supplies drinking water needs of the twin cities.

Protests are on by several organisations and farmers across districts of North Karnataka demanding implementation of Kalasa-Banduri project.