BP Yatnal, a former Union minister, who had worked under then Prime Minister A B Vajpayee, has earlier too expressed his Chief Ministerial ambitions. 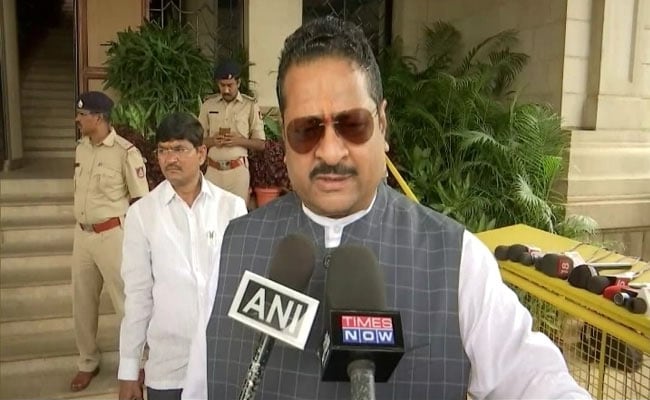 Senior BJP MLA Basanagouda Patil Yatnal on Wednesday claimed that he has all the eligibilities to become the Chief Minister of Karnataka and the party will easily win 150 seats in the 2023 assembly elections, if it goes to the polls under his leadership.

The Vijayapura City MLA, who is an open critic of state BJP strongman and former chief minister B S Yediyurappa, congratulated the latter on his appointment to the Parliamentary Board and Central Election Committee, and in the same breath recalled Prime Minister Narendra Modi's recent statement about ending dynastic politics.

"You might speculate about Yatnal getting the ticket (for assembly election), with Yediyurappa now in the Central Election Committee, but Yatnal will get the ticket and will become MLA next time too," the senior BJP legislator said.

When reporters asked about him becoming minister or the Chief Minister, he said, "I have all the eligibility. If I'm CM candidate, we will easily get 150 seats (in the 225-member assembly)." The former Union minister, who had worked under then Prime Minister A B Vajpayee, has earlier too expressed his Chief Ministerial ambitions.

Though Union Home Minister Amit Shah had stated that the BJP would go into the 2023 assembly elections under the leadership of Chief Minister Basavaraj Bommai, there seems to be no unanimity within the party on this with several state leaders including Mr Yediyurappa repeatedly speaking about collective leadership.

To a question on whether the party is in a position to win the polls without making any change in the leadership, Mr Yatnal merely said the party high command is aware of everything and will take the right decision at the right time.

"We are confident that the high command will make the right decision to ensure that BJP comes back to power with full majority," he said.

Asked about Mr Yediyurappa's appointment to the Parliamentary Board and Central Election Committee, Mr Yatnal said, once the high command has taken a decision, he will abide by it.

"The high command might have decided with some foresight... PM Modi during his Independence Day speech has clearly said dynastic politics will end...all of us should be prepared for it," he said.

Mr Yatnal has been a known critic of Mr Yediyurappa and his son B Y Vijayendra's political activities, and has even accused them of corruption and dynastic politics.

When pointed out to him that Mr Yediyurappa was now in the committee which gives poll tickets, he said there have been instances in the past when the very members of that committee have not been able to get tickets for themselves.

BS Yediyurappa, Basavaraj Bommai And Uncertainty Ahead Of Karnataka Polls