How DK Shivakumar Evolved Into The Congress' Chief Troubleshooter

Although the senior Karnataka leader is known for his political manoeuvers, he could not prevent the HD Kumaraswamy government's collapse in July. 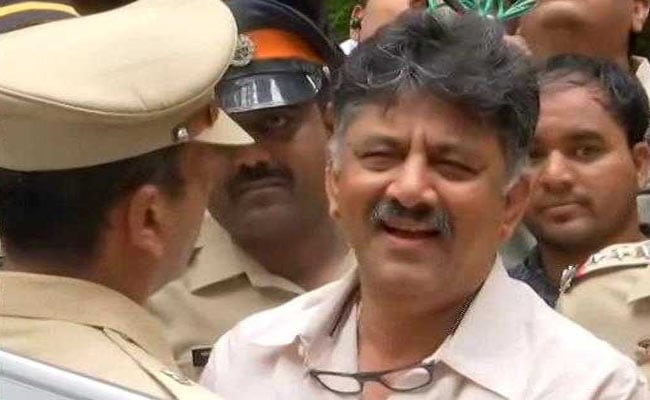 Senior Karnataka Congress leader DK Shivakumar was arrested on Tuesday after the Enforcement Directorate claimed that he was "not cooperating" with their investigation into an alleged money laundering case. The circumstances surrounding his arrest were similar to that of P Chidambaram, another Congress leader who was taken into custody last month in the INX Media case.

The Enforcement Directorate's action was met with criticism from the Congress as well as Mr Shivakumar himself. "I congratulate my BJP friends for finally being successful in their mission of arresting me. The IT and ED cases against me are politically motivated and I am a victim of BJP's politics of vengeance and vendetta," the Karnataka Congress leader tweeted soon after news of his arrest emerged.

Congress spokesperson Randeep Singh Surjewala, on the other hand, claimed that Mr Shivakumar's arrest was "fuelled by the BJP's quest for revenge" as well as the desire to cover up issues facing the country such as the "sinking economy, loss of jobs and the depreciation of the rupee".

Mr Shivakumar, who has made a name for himself as the Congress' main troubleshooter, represents Kanakapura constituency in the Karnataka assembly. He kickstarted his career in 1989 by defeating Janata Dal Secular chief HD Deve Gowda from Santhanur, a feat considered unachievable at the time. He went from strength to strength in the years that followed, finally winning the Kanakapura constituency by a margin of over 80,000 votes in the 2018 Karnataka legislative assembly polls. In the days that followed, he played a crucial role in keeping the BJP out of power by bringing the Congress and the Janata Dal Secular together to form a coalition government in the state.

However, the 57-year-old Vokkaliga leader's contributions to the Congress extend far beyond the borders of Karnataka. In 2017, he harboured 43 Congress legislators from Gujarat at the Eagleton resort outside Bengaluru amid allegations that the BJP was trying to poach them. Around the same time, Income Tax officials raided multiple properties linked to him in connection with a tax evasion case - sparking allegations that the BJP was trying to intimidate opposition leaders.

In 2002, Mr Shivakumar had helped save the Vilasrao Deshmukh-led Congress government in Maharashtra by hosting its MLAs in the same resort.

The Congress troubleshooter last hit the headlines when as many as 16 MLAs quit the Congress-Janata Dal Secular alliance in Karnataka to side with the BJP in July. Determined to fight to the very end, Mr Shivakumar flew to Mumbai and parked himself outside the hotel where the rebel MLAs were camping. However, this was one occasion when his famed powers of persuasion failed to click. He was sent back to Bengaluru by the Mumbai police, and the HD Kumaraswamy government collapsed on the floor of the Karnataka assembly on July 29.