Kumaraswamy questioned the urgency to bring forward such ordinances on important subjects and asked the government to have a public debate on it and also discuss it in the assembly. 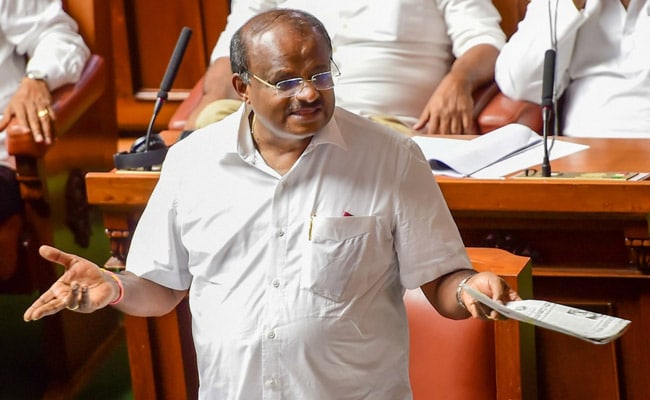 Kumaraswamt said he would write to the Governor to use his discretionary powers. (FILE)

Warning against any move by the government to amend labour laws and APMC through ordinance, JD(S) leader H D Kumaraswamy on Tuesday asked Chief Minister BS Yediyurappa work in the interest of the people and not budge under any pressure from the centre or to please party bosses.

The former Chief Minister questioned the urgency to bring forward such ordinances on important subjects and asked the government to have a public debate on it and also discuss it in the assembly.

"I'm warning the government... I have been watching everything silently till now, I have not caused any embarrassment to the government. I want to tell the government, don't push us to do it," Mr Kumaraswamy said.

Speaking to reporters in Bengaluru, he said the party has supported the government in its fight against COVID-19 and not criticized it, despite mistakes.

"Please don't take our silence as weakness, I'm warning the government," he said, as he told Yediyurappa that he has become Chief Minister to protect the people's interests andmasked him not to budge under pressure from the central government or to please the Prime Minister or someone else.

His warning came amidst reports that the state government was mulling relaxing some key labour laws in line with those brought in other BJP ruled states like Uttar Pradesh, Madhya Pradesh and Gujarat.

Also, it planned to amend the agricultural marketing laws to remove restrictions on sale of farm produce and allow farmers to sell their produce anywhere.

Alleging that the government planned to bring in modifications in the APMC act, Kumaraswamy said the Cooperative Minister himself had said that the decision to dilute APMCs powers will result in losses of no less than Rs 600 crore to the exchequer and that the state will have to abide by it as it was the decision taken by the centre.

"This amendment will end Agricultural Produce Market Committees and help big private companies. There will be no protection to farmers," he said.

Further alleging that there are plans to modify labour laws that include extending work hours, Kumaraswamy accused the government of bringing such "anti people" amendment through ordinance during lockdown as none can come out on the streets and protest against it.

"Bring those amendments to the assembly, explain the need for them to the house, have a public debate about it... don't bring such ordinance under the directives of the centre, to please someone," he said.

The former Chief Minister said he would write to the Governor to use his discretionary powers before approving such ordinances, after a thorough scrutiny.