The three who have been expelled with immediate effect are A H Vishwanath, K Gopalaiah and K C Narayanagowda. 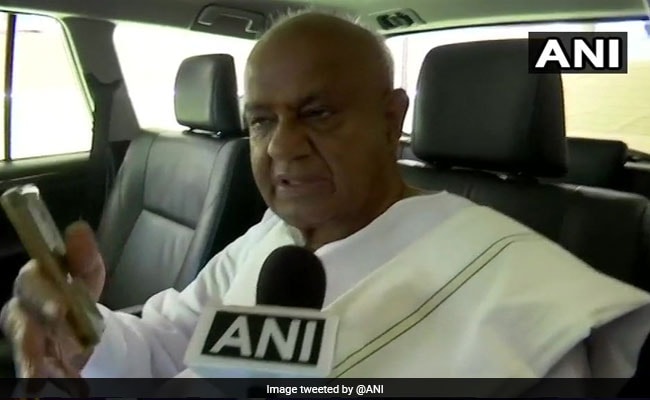 Janata Dal-Secular president and former Prime Minister HD Deve Gowda on Wednesday expelled the three disqualified lawmakers who were responsible for bringing down the party's coalition government in Karnataka for "anti-party" activities.

The three who have been expelled with immediate effect are A H Vishwanath, K Gopalaiah and K C Narayanagowda.

The three, who were JDS MLAs, had resigned from the state legislature and had abstained from voting along with 14 Congress MLAs, which led to the defeat of the Congress-JDS government during the trust vote on July 23.

The action by the party comes days after these MLAs were disqualified from the state legislature by the then assembly speaker Ramesh Kumar under the anti-defection law.

The Congress on Tuesday had expelled 14 of its rebel MLAs who were disqualified.