The action by the Congress comes days after the fourteen lawmakers were disqualified from the state legislature. 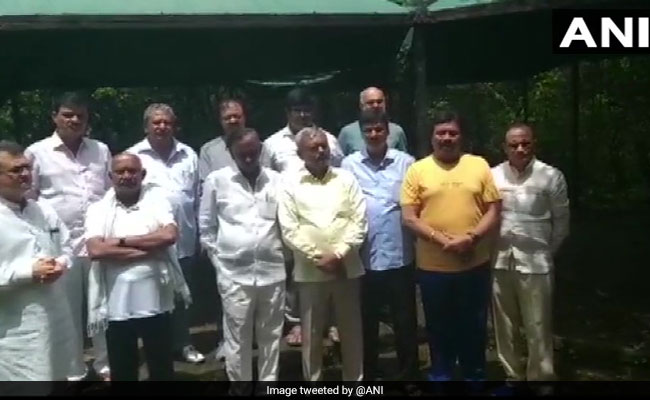 Fourteen Congress lawmakers, responsible for bringing down the coalition government of the Congress and HD Kumaraswamy's Janata Dal Secular in Karnataka, have been disqualified by the party on Tuesday.

The action by the party comes days after the fourteen lawmakers were disqualified from the state legislature.

The 14-month-old Congress-JDS coalition government in Karnataka had crumbled after a trust vote last Tuesday. The Congress and HD Kumaraswamy had promised strong action against the rebels who brought it down. All 17 rebels, who resigned earlier this month, pushed the government into minority -- will be disqualified, the leaders had said.

In the trust vote in the state assembly, the coalition could scrape up only 99 votes. The BJP touched the majority mark with 105 votes and formed a new government with BS Yediyurappa as chief minister on Thursday.

In the 225-member assembly, 20 were not present for the floor test.

Congress's Siddaramaiah had then tweeted, "I would like to reaffirm that those who have fallen for Operation Kamala will never be inducted back to our party".