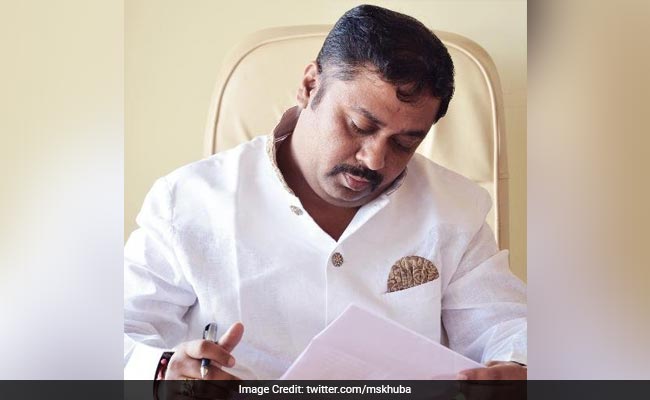 Bengaluru: An FIR has been filed against JD(S) legislator Mallikarjun Khuba, who in a sting operation was purportedly seen negotiating a money deal in exchange for votes ahead of the June 11 biennial elections to four Rajya Sabha seats from Karnataka.

The First Information Report (FIR) was filed by Karnataka Legislative Assembly Secretary S Murthy, also the Returning Officer, on the directions of Election Commission of India.

"I have filed a complaint today and an FIR was lodged at Vidhana Soudha Police station against legislator Mallikarjun Khuba and others under Prevention of Corruption Act and section 171(B) of the Indian Penal Code," Mr Murthy told PTI today.

He said the complaint was filed based on the sting operation by a news channel in which Mr Khuba is seen purportedly discussing an amount of over Rs five crore in exchange for votes.

Deciding against cancelling or postponing the June 11 Rajya Sabha elections to four seats from Karnataka, the Election Commission had said it "cannot ignore to take cognisance of certain illegal activities" as appeared in media, including the TV channels.

In its June 9 order, the EC had said that Mr Khuba, being a public servant, "may also be deemed to have committed an offence under the relevant provisions of the Prevention of Corruption Act, 1988, for seeking bribe for performing his constitutional function as such public servant of electing a member of the Rajya Sabha.

"...therefore, the Commission holds that an FIR be lodged against Mallikarjun Khuba and others and the whole matter be entrusted to the CBI for such deeper probe so that all those who may be involved in such nefarious activities are exposed and duly punished under the law," it had said.

The June 2 sting by two channels purportedly showed legislators negotiating a money deal in exchange for their votes in the biennial elections to four Rajya Sabha seats from the state.

JD(S) had demanded cancelling the polls, while Congress and BJP were opposed to change in the poll schedule.