Mangaluru: The video clip, which shows the doctor without mask speaking against the "foolish" policies of the government, has gone viral. 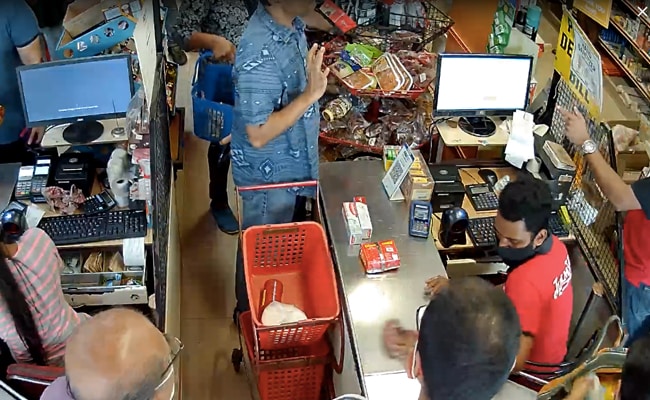 The doctor, who went to a supermarket without wearing a mask, has filed a complaint against the shop owner for circulating the CCTV footage of his argument with the staff.

The video clip, which shows the doctor speaking against the "foolish" policies of the government, has gone viral.

In the complaint filed at the Mangaluru East police station, Dr B Srinivas Kakkilaya said the shop owner had illegally circulated CCTV footage of the incident on Tuesday on social media, which led to the issuance of several defamatory statements and articles against him, all over the country and beyond.

"The selective and illegal leak, with audio recordings, appears to be a deliberate attempt to malign me and cause me immense harm," he said in the complaint.

Two more audio clips on the incident have also gone viral in the last three days, which are recorded telephone calls made by a person identified as Pai to the owner of the supermarket and another of an alleged neighbour of the doctor.

Mr Kakkilaya said Pai is heard instigating the person on the other side of the call to file a false complaint against him.

"Both these persons have been following me and my family and hatching a conspiracy to commit an act of threat, intimidation to my life and my reputation," the doctor said in the complaint.