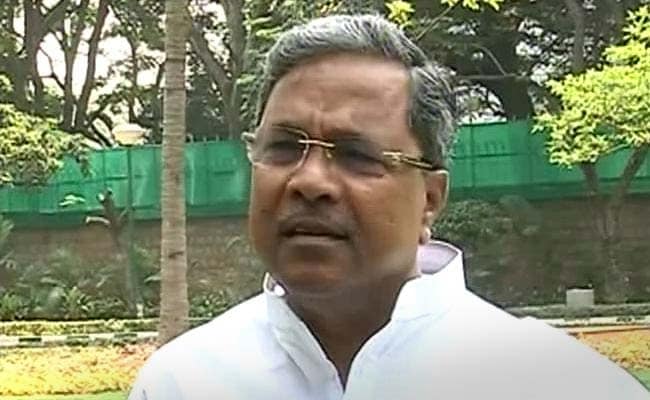 Shivamogga, Karnataka: A local BJP leader in Karnataka was arrested today after he threatened chief minister Siddaramaiah over his comment on eating beef, saying that he will be 'beheaded' if he 'dared' to do so.

SN Channabasappa, a former president of the erstwhile Shivamogga City Municipal Council, during a protest against the Karnataka government said, "How dare you lay your hands on the neck of Gomata? (mother cow).

"You are openly saying with a dictatorial attitude that you will eat cow meat... If you have the guts, you come here and eat at Gopi Circle (in Shivamogga), then, let there be no doubt that on that day, you will be beheaded," he said.

Reacting to the threat, Chief Minister Siddaramaiah had said, "It is a provocative statement. I will ask the police to inquire into it. If it is true, they will definitely take action."

Asked about why the BJP has not reacted to the controversial statement, the chief minister added that "BJP people are known for it. That is why we are opposing them."

"If I say I will eat, how will it harm majority community? Don't we eat other kinds of meat... food habit is an individual's choice and should be left to them; no one should interfere with it. By interfering and attacking one's rights is not correct. It is against the Constitution. It is against individual liberty, it should not be done," Mr Siddaramaiah said.

Shivamogga Superintendent of Police, SP Ravi Channannavar said that a First Information Report (FIR) has been registered against Mr Channabasappa for threat to the personal life of the chief minister.

At a meeting of the Karnataka Youth Congress General Body last week, Mr Siddaramaiah had reportedly said, "Till date I have never eaten cow meat. But if it suits my palette and if I want to eat beef, I will eat it. Nobody can stop me."

The chief minister's remarks had come under attack from BJP. The party's Karnataka unit chief, Prahlad Joshi had said, "It has hurt the belief and sentiments of the people."