The MLAs who quit were subsequently disqualified by then-Speaker KR Ramesh Kumar and barred from elections till 2023. However, last week the Supreme Court cancelled that decision. 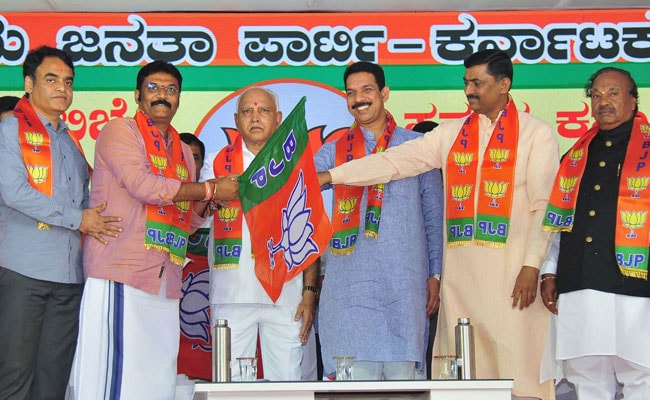 The deadline for filing nominations for the 15 Karnataka Assembly seats that will see bypolls on December 5 ends today. The bypolls became necessary after sitting MLAs resigned in July, triggering the collapse of the Congress-JDS coalition government. The election will see the former allies contest separately against the BJP. The MLAs who quit were subsequently disqualified by then-Speaker KR Ramesh Kumar and barred from elections till 2023. However, last week the Supreme Court, while upholding the disqualification, said they could contest.

The BJP has since fielded several of those former MLAs in next month's election, with Chief Minister BS Yediyurappa describing them as "future ministers".

Union Minister Sadananda Gowda was on-hand to lend moral support to one of the disqualified MLAs - the BJP candidate for the Yeshwantpur constituency.

"Today, the former MLA of this constituency, ST Somashekhar, has filed his nomination. I was MP from this constituency from the last 6 years. Even though he was a legislator from another party, as far as developmental activity was concerned, there was no quarrel between us people. Politics we had quarrel - but he is a man committed to the development of his constituency," he told NDTV.

Karnataka BJP has also tweeted in support of its candidates.

"Wishing success to all our candidates filing their nominations for the upcoming Legislative Assembly by-elections. With the blessings of Goddess Bhuvaneshwari and Kannadigas we will emerge victorious to pursue our mission of building #SuvarnaKarnataka," the party said.

Wishing success to all Our Candidates filing their nominations for the upcoming Legislative Assembly by-elections.

With the blessings of Goddess Bhuvaneshwari and Kannadigas we will emerge victorious to pursue Our mission of building #SuvarnaKarnataka. pic.twitter.com/iAwARpH1fi

In response Congress leader Siddaramiah took a swipe at the BJP over "Operation Kamala (Lotus)" and said it was time to "fight anti-constitutional approach".

"Ongoing by-elections is the outcome of @BJP4Karnataka's Operation Kamala. It is the time to fight against anti-constitutional approach of BJP & repose the faith in democracy," he tweeted.

Ongoing by-elections is the outcome of @BJP4Karnataka's Operation Kamala. It is the time to fight against anti-constitutional approach of BJP & repose the faith in democracy.

Here is the list of @INCKarnataka candidates for by-elections. I request you all to support them. pic.twitter.com/0SKQtp2Ejl

Rizwan Arshad, the Congress candidate for Shivajinagar, expressed confidence he will emerge victorious.

"I am confident the people will bless the Congress party and myself. And I am confident that I will serve the people. BJP is a party which has spoilt the economy of the country and the future is the youth," he said.

The Shivajinagar seat is currently held by Roshan Baig, the only one of the 17 disqualified MLAs not to join the BJP, and will be contested by Sharavana, who will take on Mr Arshad and the JDS's Tanveer Ahmed.

"I am 100% confident that I will win here. The MLA you voted for resigned and made this bypoll necessary. They have gone to another party. They have become items for sale. If you vote for them, they may change parties once again," TN Javarayi Gowda, the candidate from Yeshwantpur, told NDTV.

However, the decision to field the rebels hasn't gone down well with other BJP leaders.

The Hoskote ticket has been given to MTB Nagaraj, one of the richest candidates in the contest. A miffed Sharath Bache Gowda, son of BJP MP Bache Gowda, then filed his nomination as an independent candidate.

Chief Minister Yediyurappa has now threatened Sharath Bache Gowda with expulsion if he does not withdraw his nomination.

Meanwhile, supporters of Deputy Chief Minister Lakshman Savadi protested after the Athani ticket went to another of the disqualified MLAs - Mahesh Kumathahalli - despite Mr Savadi himself asking his followers to support Mr Kumathahalli.

Another BJP leader, Ashok Pujari, has dropped hints about joining the JDS after failing to get the Gokul ticket. Supporters of R Shankar, an independent candidate who withdrew support to the Congress-JDS alliance, have expressed their disappointment after he was not fielded from Ranibennur. 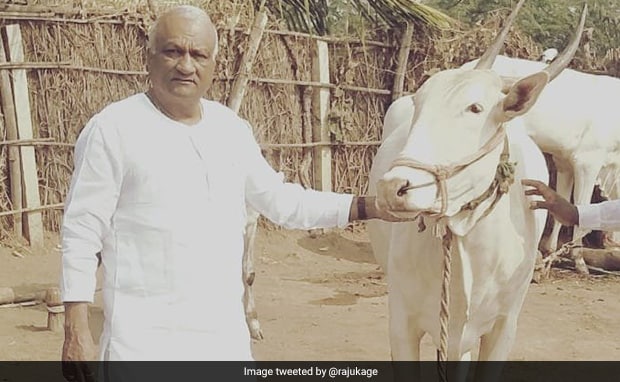 Accustomed, over the past few months, to seeing MPs and MLAs desert other parties and join it, the BJP was on the other side of the fence after Raju Kage let the party to join the Congress. He had not been considered for the Kagwad ticket.

The Congress has repeatedly alleged the BJP had a hand in the downfall of its government. Earlier this month, an audio clip was leaked in which Chief Minister Yediyurappa can be heard saying Home Minister Amit Shah knew about the rebel MLAs plans. He can also be heard exhorting his party colleagues to support the rebels.

"Whatever promise we have given, we are going to fulfil. All our BJP workers will work day and night. And all 15 MLAs who are going to contest, they are going to win, 100%," the Chief Minister said on Thursday, welcoming them into the BJP.

The Congress has approached the Election Commission, saying promises made by the Chief Minister to the disqualified MLAs are a violation of the code of conduct.