The injured have been shifted to Hiriyur and Chitradurga district hospitals. 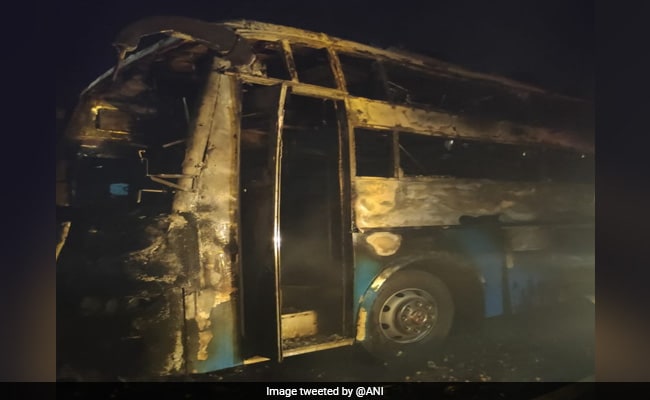 Five people were charred to death after a bus caught fire in Karnataka's Chitradurga.

Five people, including a baby, were killed while 27 people were critically injured after a bus caught fire near National Highway 4 at Hiriyur in Karnataka's Chitradurga on Tuesday.

The injured people have been shifted to Hiriyur and Chitradurga district hospitals.