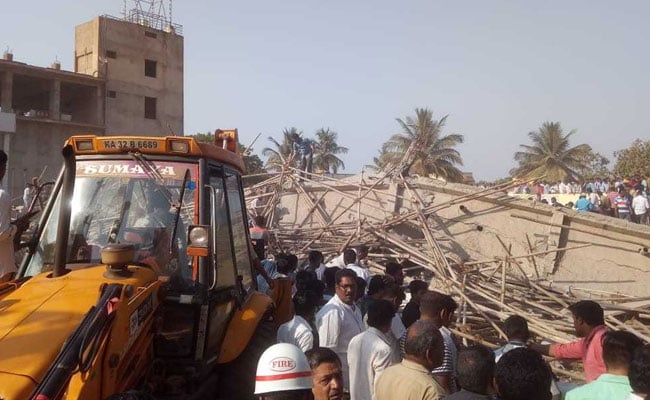 The collapse took place in Dharwad's Kumareshwar Nagar, about 400 kilometres north of Bengaluru.

Five more people died today, taking the number of deaths in Tuesday's building collapse in Karnataka's Dharwad to 12. With rescue operations in their third day today, 10 people are still feared trapped under the debris.

61 people have been rescued so far.

The four-storey building, some portions of which were under construction, crumbled in Dharwad's Kumareshwar Nagar, about 400 kilometres north of Bengaluru.

Five builders were involved in the construction of the building but no arrests have been made so far. 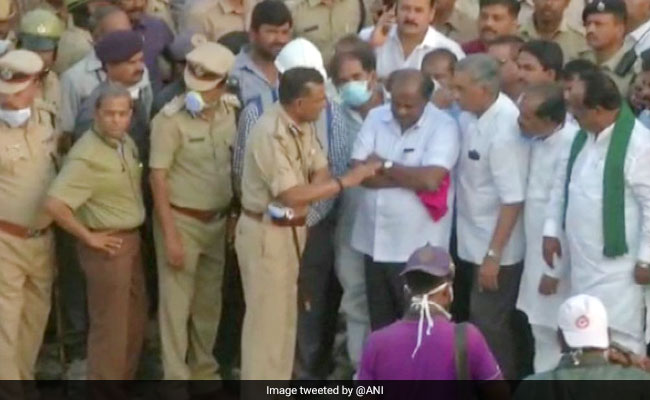 Former chief minister Jagadish Shettar has demanded a "judicial probe by a sitting high court judge" saying he was not satisfied with the inquiry ordered by Mr Kumaraswamy.

After the Chief Minister's order, the district administration announced compensation of Rs 2 lakh for the families of those killed and up to 1 lakh to each of the injured people. Since the Model Code of Conduct is in effect, the decision about additional compensation would be taken by the Chief Secretary.