The indefinite dharna in the city by around 200 aspiring school teachers who were demanding recruitment entered the 22nd day Thursday. 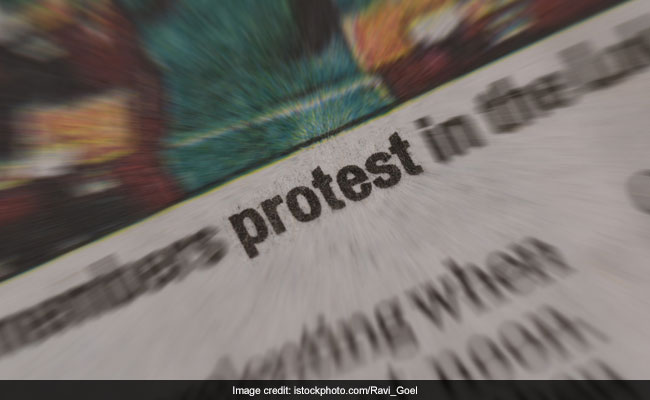 The indefinite dharna in the city by around 200 aspiring school teachers who were demanding recruitment entered the 22nd day Thursday. The agitators who had come from across the state claimed that a large number of teachers' posts were lying vacant but the authorities were not calling them for interview though they have the requisite qualifications.

They said hundreds of candidates have passed the School Service Commission (SSC) recruitment examinations and found their names in the wait list for the past few years.

Continuing the dharna on Mayo Road since February 28 under the banner of the SSC Yuva-Chhatra Adhikar Manch, many had fallen sick, affected by dengue and blood dysentery, said Tania Seth, one of the agitators.

"However, our movement will not stop till the vacant posts are filled," she asserted.

Arpita Das of Raiganj and Subodh Halder of Birbhum had to be taken to hospital from the sit-in venue on Wednesday, a spokesman of the agitating organisation the SSC Yuva-Chhatra Adhikar Manch said Thursday.

The Manch organised a mass convention on Wednesday near the venue where film maker Anik Dutta, actor Badshah Maitra criticised the state government for delay in recruitment of teachers.

The Akhil Bharatiya Vidyarthi Parishad (ABVP), the students' wing of the RSS, also slammed the authorities for doing precious little to end the impasse.

Education Minister Partha Chatterjee had met the agitating students earlier this month and appealed to them to withdraw the stir but they refused to budge before getting specific assurances.

Chatterjee had later said none of the eligible candidates would be deprived.