In the year, 2019-2020, a total number of 1,280 women candidates have been empanelled as engine drivers in the Indian Railways, according to the Railways ministry. 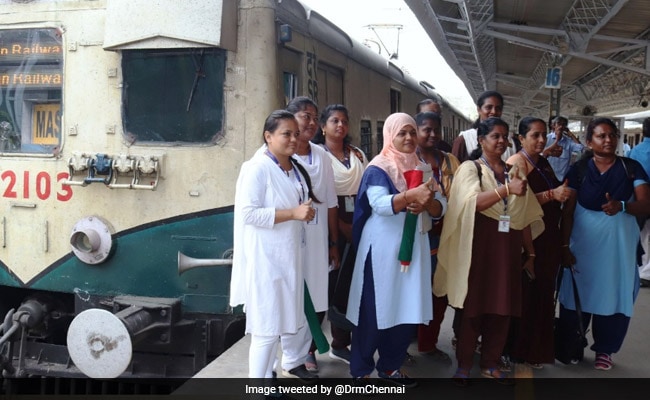 Most women have been recruited as Assistant Loco Pilots (ALPs) from Uttar Pradesh (216).

In the year, 2019-2020, a total number of 1,280 women candidates have been empanelled as engine drivers in the Indian Railways, according to the Railways ministry. The ministry said in reply given in the Parliament on Wednesday that this recruitment has been done by the Railway Recruitment Boards (RRBs) against Centralized Employment Notification or CEN released in 2018 for the recruitment of Assistant Loco Pilots (ALPs).

In this, most women have been recruited as Assistant Loco Pilots from Uttar Pradesh, which is 216, followed by Kerala (145) and Andhra Pradesh (131).

Total Posts announced for the recruitment of Assistant Loco Pilots and Technicians in 2018 were 64,371. About 47.45 lakhs candidates applied for these posts.

Computer Based Test (CBT) for the posts of ALP and Technician recruitment was conducted in 33 shifts over 11 days from August 9 to September 4, 2018 at 440 test centers in 166 cities across India and recorded the highest number of attendance of about 36.42 lakh candidates (approx.77%).

The Computer Based Aptitude Test of this recruitment was conducted on May 10, 2019 for ALPs only.  The attendance was about 84%. This was followed by Document Verification and Medical Examination.

According to a statement released by the Railways ministry in November 2019, panels for the posts of ALP and Technician of about 17,500 posts had been furnished and the rest of the panels were under process due to medical appeal cases.

"The Zonal Railway will soon be advised about the rest of the panels," the ministry said then.

"During last three years, a total number of 1,47,620 candidates have been empanelled for various Group 'C' posts (including Level-1) by Railways through Railway Recruitment Boards (RRBs) and Railway Recruitment Cells (RRCs)," the minister said in the Parliament today in another reply.