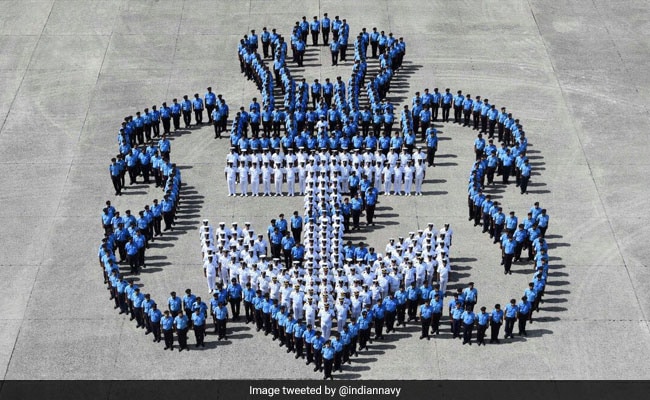 Online applications for Indian Navy Sailor posts will be accepted until December 30, 18.

The online application process for 3,400 Sailor vacancies Indian Navy has started. Unmarried male candidates, who fulfill eligibility conditions as laid down by the Government of India, are allowed to apply for these positions. The recruitment will be done to three categories; Senior Secondary Recruit (SSR), Artificer Apprentices (AA) and Matric Recruits (MR). According to a notification released by the Indian navy, examinations for this Sailor recruitment will be conducted in February 2019.

Candidates who have qualified 10+2 examination with 60% or more marks in aggregate with Maths and Physics and also with at least one subject from Chemistry or Biology or Computer Science are eligible to apply for SSR and Artificer posts while candidates who have qualified matriculation or Class 10 from a school board recognised by Ministry of Human Resources Development.

Online application process for these positions will be held on the official website, joinindiannavy.gov.in.

Online applications for all these Indian Navy Sailor posts will be accepted until December 30, 18.

#JoinIndianNavy Log in to https://t.co/P6PM7LeRBA to apply for sailor entries (AA, SSR or MR). Online applications will be accepted until 30 Dec 18. pic.twitter.com/gmV4IRNdCq

For both the SSR and AA posts, the candidates should be born between August 1999 to July 30, 2002 (both dates inclusive), according to the notification.

For Matric Recruits, candidates should be born between October 1, 1998 and September 30, 2002 (both dates inclusive).