220 Candidates Participated So Far In IAF Recruitment Rally In Odisha 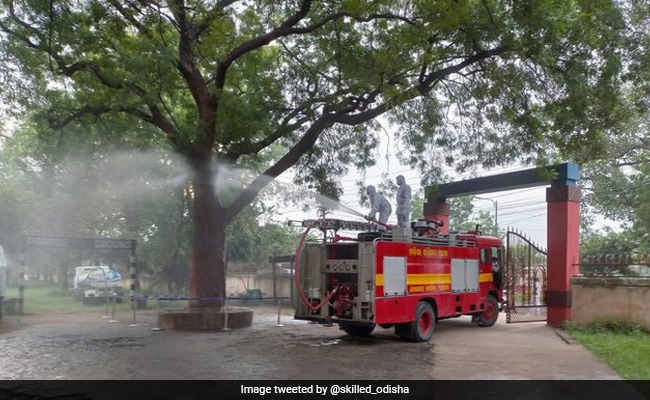 Indian Air Force recruitment rally in Odisha will be held till October 4.

A total of 1,311 candidates have been shortlisted for the rally based on the details given by them during the registration which was held from September 8 to 10.

The rally is being held following COVID-19 rules.

Thermal screening & document verification area of the candidates participating in the @IAF_MCC Recruitment Rally, Angul has been sanitised as per the #COVID guidelines issued.The month long rally was started on 23rd Sept & 220 candidates have appeared for selection till date. pic.twitter.com/jr9bRTFW3x

There will be physical fitness test, written test and two adaptability tests held for selecting candidates.

The written test will have questions from Physics, Maths and English as per 10+2 CBSE syllabus.

The adaptability test, which will be held in two phases, will be held depending on the local conditions. The test is done to check the suitability of a candidate for employment in the Indian Air Force.

September 27 and October 2 are reserve days for the rally.