"Withholding recruitment process for a long period is bound to adversely impact the studies of students due to paucity of regular teachers," Lt Governor Anil Baijal wrote in his note. 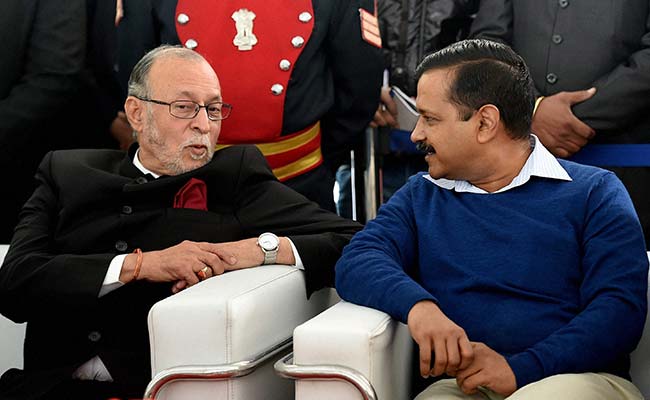 New Delhi: Delhi government has been asked to restart the recruitment process of teachers conducted by Delhi Subordinate Services Selection Board (DSSSB) this year. The recruitment process was put on hold for considering the policy of weightage to be given to guest teachers. Citing the reason to be hampering the interest of students, Anil Baijal stressed on the recommencement of the process in a note to Deputy Chief Minister Manish Sisodia. In August following Aam Aadmi Party (AAP) led Delhi government's insistence for giving weightage to guest teachers, ongoing recruitment process for 9000 teacher posts was withdrawn, till new policy was formulated.

On 27 September 2017, Delhi Cabinet approved the Bill for regularizing 15000 guest teachers out of the total 17000. "Cabinet clears Bill to regularise all Guest Teachers working in Delhi govt schools. Bill shall be presented in Assembly on 4th October," tweeted Mr Sisodia.

However despite two reminders the proposal was not submitted to the Lt Governor's office, said the note. A contempt petition has already been filed in Delhi High Court against holding up of the teacher recruitment process.

The Lt Governor in his note to Sisodia said that the matter has already been delayed for "more than six weeks" and it "may not be desirable" to keep the recruitment process on hold further and it "must be recommenced" without further delay.

"Withholding recruitment process for a long period is bound to adversely impact the studies of students due to paucity of regular teachers," Anil Baijal wrote in his note.

Promoted
Listen to the latest songs, only on JioSaavn.com
(With Inputs From PTI, IANS)