The Bihar government on Tuesday announced a slew of benefits for 3.5 lakh contractual teachers appointed by panchayati raj institutions and urban local bodies, hiking their pay by 15 per cent besides providing gains of Employees Provident Fund (EPF). 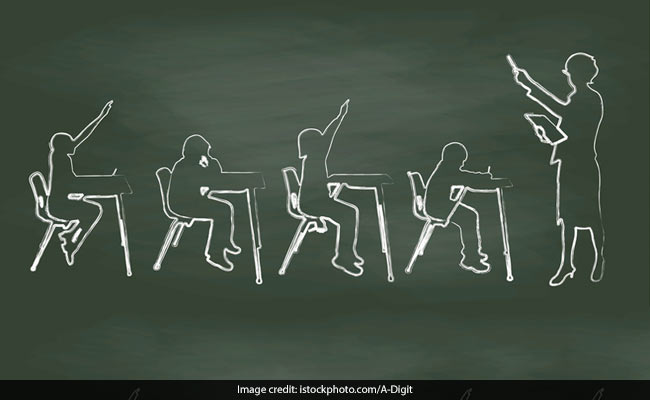 Bihar teacher salary: The pay hike will come into effect from April 1, 2021.

With an eye on the coming Legislative Assembly election in the state, the Bihar government on Tuesday announced a slew of benefits for 3.5 lakh contractual teachers appointed by panchayati raj institutions and urban local bodies, hiking their pay by 15 per cent besides providing gains of Employees Provident Fund (EPF).

The state cabinet at a meeting chaired by Chief Minister Nitish Kumar also decided to extend facilities like transfer and appointment on compassionate grounds to their ward or dependent.

Polls in Bihar are due in October-November this year.

"The government could not implement the pay hike in the current fiscal because of paucity of resources due to additional expenditure made on tackling COVID-19 and to overcome the economic slowdown," Education Departments Additional Chief Secretary R K Mahajan told reporters here.

The enhanced salary to the contractual teachers will put an annual burden of Rs 1950 crore to the state exchequer, Mr Mahajan, who was accompanied by Finance Departments Principal Secretary S Siddharth and his counterpart in the Cabinet Secretariat Sanjay Kumar, said.

The chief minister in his Independence day speech had announced that service conditions of teachers appointed by panchayati raj institutions and urban local bodies will be further improved.

The cabinet decided to extend the benefits of EPF with effect from September 1, 2020, Mr Mahajan said. He said the state government would contribute 12 percent to teachers EPF accounts, while the beneficiaries will also make an equal contribution to it. They will get interest over the deposited money which will be more than the bank interest rate, he said.

Besides, the teachers can also avail loan on it, he added. The EPF contributions would cause an annual additional burden of Rs 815 crore to states exchequer. The pay hike and the EPF benefits will together put an annual burden of Rs 2765 crore to the state, Mr Mahajan said.

When EPF benefits are added, the contractual teachers salary will see a jump of 20 per cent, he said. The contractual school teachers were given benefit of pay-scale in 2015, before which they used to get a consolidated amount. Their pay was revised by 17 per cent in the wake of 7th pay commission in 2017, Mr Mahajan said.

The cabinet also decided to give women, differently-abled teachers and women librarians facilities of inter-district transfer against the existing norms of transfer within their employing unit, the respective panchayat or urban local body. For example, if a teacher is appointed by a panchayat,he/she can be transferred within the block. The male teachers can also be transferred on mutual basis, Mr Mahajan added.

The ward/dependent of the teachers will now also get the benefits of appointment on compassionate grounds in class III and IV jobs, he said.

The cabinet also decided to give benefits of the revised pay scale to the teachers of Sanskrit schools in the state, the Additional Chief Secretary said.

For women contractual teachers, the cabinet increased maternity leave to 180 days from the existing 135 days. Provision of 15 days paternity leave has also been made.

In addition, the contractual teachers could avail 11 days of earned leave which they can save up to a maximum of 120 days. A total of 28 agendas were cleared at the cabinet meeting.