The gold weighing about 288 grams was recovered from a passenger who had arrived at Jaipur from Sharjah by an Air Arabia flight, according to an official statement by the Customs department. 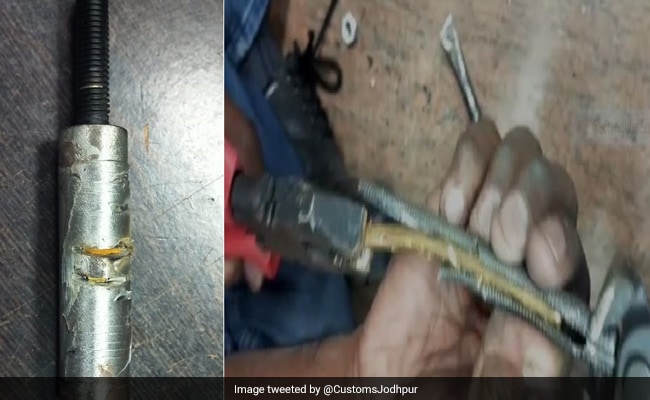 Jaipur: The gold was seized under provisions of the Customs Act, 1962, said a statement.

The Customs officials on Thursday seized 280 grams of gold worth Rs 14 lakh from a passenger at Jaipur International Airport.

As per an official statement, the passenger arrived at Jaipur from Sharjah by Air Arabia flight.

On examination of his checked-in baggage, three solid round cylindrical rods of fine gold were found.

"The smuggled gold collectively weighing 288.430 grams, valued at Rs 14,21,960 was recovered which was seized under the provisions of Customs Act, 1962," the statement read.