Hiran Chauhan's body was discovered by some schoolchildren after it was buried in a park by Neil Cuckson following a drug-fuelled "chemsex" session. 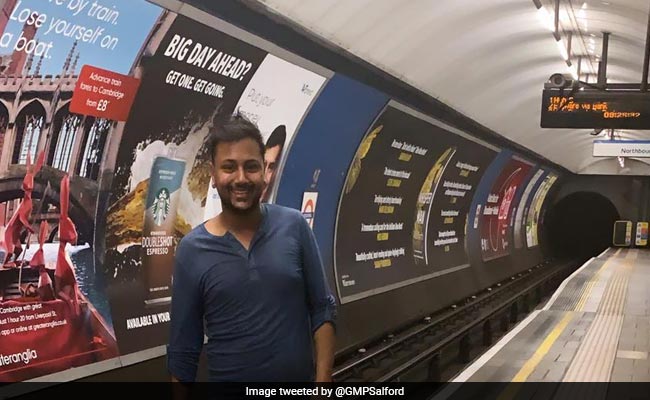 Hiran Chauhan's sister said he just wanted to be loved

A man who pleaded guilty to supplying drugs and preventing the lawful burial of his Indian-origin gay lover during a date last year has been sentenced to six years' imprisonment at a UK court for dumping the body rather than alerting the police.

Hiran Chauhan's body was discovered by some schoolchildren after it was buried in a park by Neil Cuckson following a drug-fuelled "chemsex" session.

Judge Alan Conrad told Cuckson that concealing the death and hiding the body "made it impossible for experts to obtain the results which they usually can in the case of a suspicious death".

"To save your own skin, and to thwart a police investigation, you embarked on an elaborate plan to dispose of his body," he said, during a sentencing hearing at Manchester Crown Court on Friday, during which tributes were also paid to Hiran by his family.

The court heard that 24-year-old chef Hiran and 32-year-old supermarket worker Cuckson met on online dating app Grindr and discussed drugs for their date in July.

After Cuckson woke up to find Hiran dead in his flat, he kept the body in his flat before purchasing a car, a wheelbarrow and a pitchfork. Five days later, he was caught on CCTV struggling to lift the body into the boot of the car, before dragging Hiran's body across the road to a nearby woodland.

When police went to Cuckson's flat they detected a "pungent smell" and arrested him on suspicion of murder.

According to ''Manchester Evening News'', Hiran's sister, Gemma Chauhan, movingly spoke in court in front of Cuckson to reveal the impact of her sibling's death.

She said: "Hiran was the life and soul of the party, no matter how he was feeling or what he was struggling with he always had a smile on his face and never let anyone around him be sad or suffer".

"All Hiran wanted was love, he looked for love from others because unfortunately we did not get this from our parents."

She told the court that the tragedy was that everyone will only ever have one side of the story, Cuckson's version of events.

"I will never know the truth. Hiran just wanted to be loved. He used the dating sites in the hope of finding this," she said, who was among the family members desperately trying to trace Hiran after he went missing last year.

The court heard how Cuckson frantically tried to cover up the death, storing his body in his third floor flat for days, and sleeping on the floor while Hiran remained on the bed. He continued to go to work at his Tesco supermarket workplace in Manchester city centre, until he decided to buy a car online, specifically to remove Hiran's body.

Almost a week later, schoolchildren discovered the body, wrapped in bedding and plastic sheets, in the woodland near his home.