According to experts, people from a South Asian background are around twice as likely to have high enough antibodies for their donations to be used in life-saving treatment trials, compared to white people. 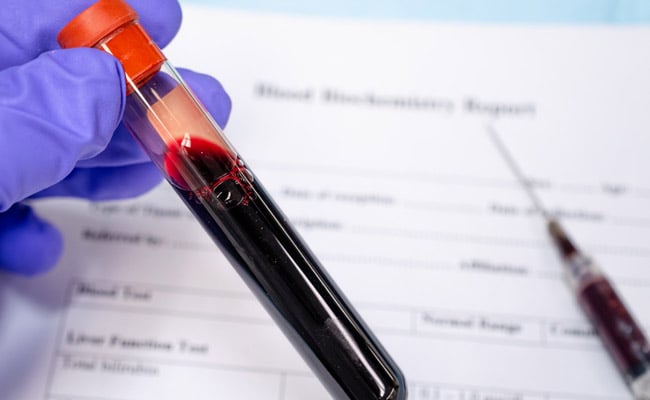 Plasma donor centres have been set up across all major towns and cities of the UK.

The UK's state-funded National Health Service (NHS) on Friday issued an urgent call for people of Indian and South Asian heritage who have recovered from COVID-19 to donate their plasma to help save lives of others infected with the deadly virus.

According to experts, people from a South Asian background are around twice as likely to have high enough antibodies for their donations to be used in life-saving treatment trials, compared to white people.

The NHS said that this antibody-rich plasma, which could save the lives of people with coronavirus, is being sought urgently ahead of a feared second wave of the pandemic in the country later in the year.

"We have had a fantastic response from the Asian community. COVID-19 is attacking the Asian community more than the wider community and donating plasma could save a life," said Rekha Anand, a Consultant Haematologist for NHS Blood and Transplant (NHSBT), which is a Special Health Authority in charge of blood and organ donation.

NHSBT said that its data shows that people of an Asian heritage have been donating in strong numbers, at over 7 per cent of all plasma donors so far, and also sought to highlight the donation as a safe and easy procedure.

"Plasma donation is safe, clean and easy. It takes about 45 minutes and your body quickly replaces the plasma and the antibodies," explains Dr Shruthi Narayan, a Consultant Donor Medicine for NHSBT.

"Because your red blood cells are returned to you, you can carry on with your day as normal," she said.

A Public Health England (PHE) report had concluded that people from South Asian communities who have Covid-19 have a higher risk of becoming seriously ill and the emerging evidence is that the more seriously ill people become, the more antibodies they produce.

"Some people may feel nervous about donating, particularly if they''ve had a tough time with coronavirus. Our donation team will look after you and people usually feel fantastic after donating, knowing they are doing something to help the community," said Dr Suhail Asghar, from NHSBT''s Clinical Support Team.

Plasma donor centres have been set up across all major towns and cities of the UK, especially those with a significant South Asian population, including London, Birmingham, Leicester and Manchester.

Dr Naim Akhtar, a Consultant in Donor Medicine for NHSBT, added: "Plasma donation is a way to help those who are in need. By donating plasma, you could help someone to survive from COVID and spend more time with their family."

The NHSBT campaign involving experts from a South Asian heritage for more plasma donors follows the UK government''s appeal earlier this week for more people of Indian and South Asian origin to sign up for COVID-19 vaccine trials, after a low rate of sign up from these communities to the Vaccine Research Registry.

A targeted recruitment programme broadcast in Gujarati, Punjabi, Bengali and Urdu is among the measures being deployed to reach out to different communities to ensure any future vaccine that clears all trials works for everyone.