The six members became untraceable after reaching Turkey on the visitor visa earlier this month, a senior police officer said. 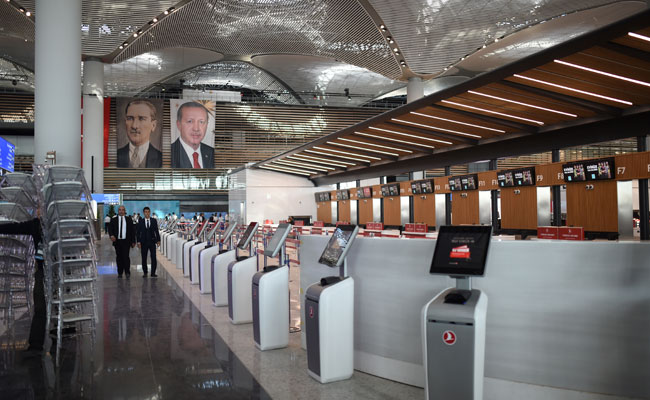 The families are currently staying at a hotel in Turkey. (Representational)

Amid reports that six members of two families from a village in Gujarat's Gandhinagar district were kidnapped in Istanbul by traffickers, police on Wednesday cited their parents saying they are found and currently staying at a hotel in Turkey and will return in the next two-three days.

The six members became untraceable after reaching Turkey on the visitor visa earlier this month, a senior police officer said.

Though there were reports that the two families, comprising two couples and two children, were kidnapped in Istanbul by human traffickers, their parents back here denied the kidnapping angle, said a senior police officer of the Ahmedabad crime branch who had questioned the agent through whom the two families had acquired visitor visas.

"These two families have already been found. They are staying at a hotel in Turkey and are coming back in the next two-three days. They went to Turkey on a valid visitor visa with the help of an agent," the officer said.

"Once they land here, we will talk to them and find out what exactly happened to them and what were their plans after landing in Turkey," said the officer when asked if these two families were trying to migrate illegally to any foreign country.

The matter came to light after the crime branch launched the preliminary probe into the alleged involvement of local agents following the death of four members of a family who died due to extreme cold while attempting to cross into the US through the US-Canada border illegally a week back.

While it is yet to be known which agent was involved in sending the four to Canada, the crime branch, during the investigation, learnt about these two families who had become untraceable after landing in Turkey.

"When we contacted the relatives of the families back here for further investigation, they told us that all the six members were already found and are in touch with them. We don't know what their plans were after reaching Turkey, '' said the officer and ruled out any connection between the two incidents (Canada and Turkey).

Following reports that a family of four from a village in Kalol taluka of Gandhinagar froze to death on the Canadian side of the US-Canada border, Gujarat DGP Ashish Bhatia had on Monday asked the state CID to probe the role of agents involved in illegal immigration and human trafficking.

On Tuesday, the Anti-Human Trafficking Unit of the Gujarat CID said it had written to the immigration authorities to find out whether the fateful family of four reached Canada through a legal tourist visa or any illegal means.

Kerala Man In UAE Recovers From Covid, "Escaped From Jaws Of Death"