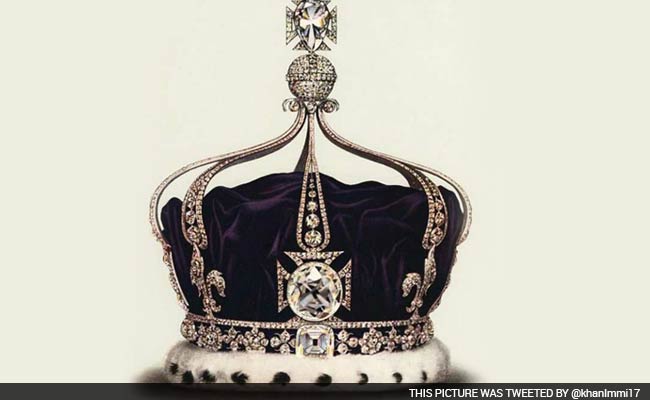 The Koh-i-Noor was mined in medieval times in the Kollur Mine in Andhra Pradesh's Guntur district. At one time it was considered the largest diamond in the world.

Mr Vaz's comments came in response to Congress MP Shashi Tharoor's recent stirring speech at the Oxford Union calling for Britain to pay reparations to India for 200 years of its brutal colonial rule.

"I welcome Dr Tharoor's speech and the endorsement of its message by Prime Minister Modi. I share their views. These are genuine grievances which must be addressed."

"Pursuing monetary reparations is complex, time consuming and potentially fruitless, but there is no excuse for not returning precious items such as the Koh-i-Noor diamond, a campaign I have backed for many years," said Mr Vaz, the longest serving British MP of Asian descent.

PM Modi is due to arrive in the UK in November, and Prime Minister David Cameron has gone out of his way to maintain a strong bilateral relationship.

"What a wonderful moment it would be, if and when Prime Minister Modi finishes his visit, which is much overdue, he returns to India with the promise of the diamond's return," Mr Vaz said.

The Koh-i-Noor was mined in medieval times in the Kollur Mine in Andhra Pradesh's Guntur district. At one time it was considered the largest diamond in the world.

The diamond was originally owned by the Kakatiya dynasty, which had installed it in a temple of a Hindu goddess as her eye. It passed through the hands of various invaders and was finally confiscated by the British during the Raj.

Today the diamond is a part of the Crown of Queen Elizabeth II.

But till now Britain has refused demands to return the diamond to its country of origin.